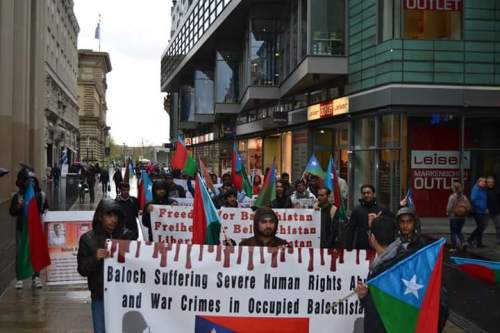 Photos of Baloch victims of Pakistan’s kill and dump operations were displayed during the five days exhibition while activists of BRP and BRSO were interviewed by the amnesty representatives regarding human rights violations in Balochistan.

Moreover, a petition was signed by the students and local German citizens, urging German foreign ministry to take notice of the gross human rights abuses in Balochistan,

On the fifth day of the event, a seminar was organized to draw attention towards Balochistan’s worsening human rights situation. Ms Segrid Krieg, Amnesty representative to Pakistan affairs in Germany, joined the event and answered the questions of the participants.

Ms Kreig acknowledged that Pakistan has been committing heinous crimes in Balochistan she said “we have written to the concerned authorities regarding this issue but unfortunately the state of Pakistan has been constantly ignoring our requests.” She vowed to continue to raise awareness.

Additionally, a protest was held at the end of the campaign to highlight Baloch struggle, sacrifices and human rights abuses in Balochistan. A large number of activists from all over Germany reached Leipzig and joined the demonstration. The protesters were carrying banners and placards in their hands, chanting various slogans against ongoing Baloch genocide and Chinese interference in Balochistan.

Mr. Jawad, while speaking to the protesters said that Balochistan is once again witnessing another round of mass killings by Pakistani paramilitary forces. He further said that in last few days 47 innocent Baloch were killed while more than 300 were abducted along with women and children from various parts of Balochistan. “State of Pakistan must be held accountable for this brutal act of terrorism.” he added.

He appealed to human right organizations and United Nations to take immediate and effective measures to prevent genocide of Baloch nation. 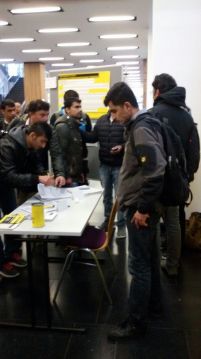 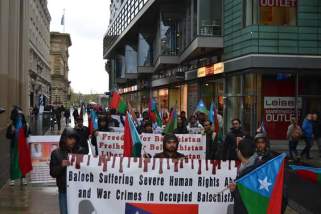