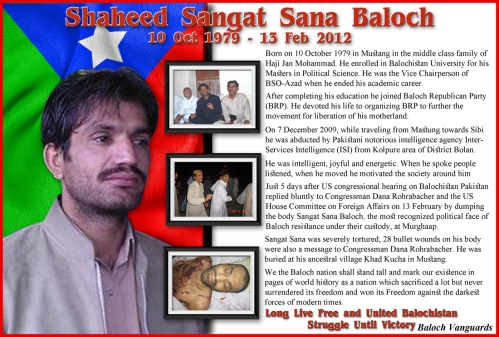 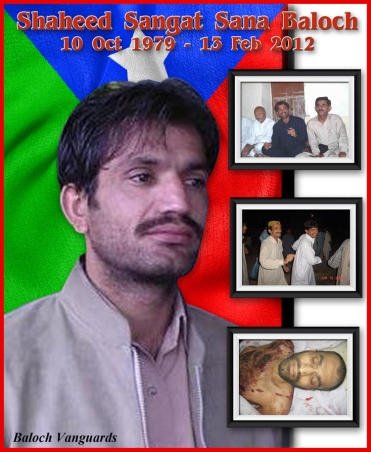 Today we narrate the life of Sana; we shall tell you how he lived and why he was killed.

END_OF_DOCUMENT_TOKEN_TO_BE_REPLACED

Today we narrate the life of Sana; we shall tell you how he lived and why he was killed.

END_OF_DOCUMENT_TOKEN_TO_BE_REPLACED 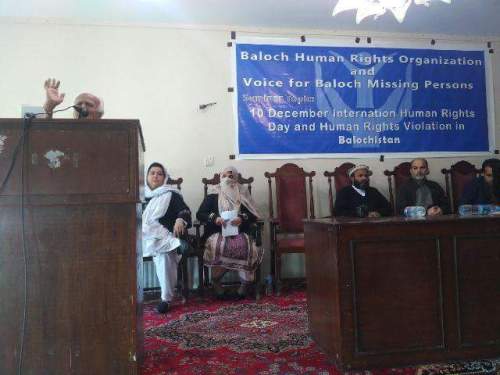 BALOCHISTAN: Speakers at a seminar on Saturday urged all political parties to raise their voice over human rights violations in Balochistan, Sindh and Khyber Pakhtunkhwa.

The seminar to highlight human rights issues was jointly organised by the Balochistan Human Rights Organisation (BHRO) and the Voice for Baloch Missing Persons (VBMP).

END_OF_DOCUMENT_TOKEN_TO_BE_REPLACED

Wahid Baloch and the plight of ‘missing persons’ in Pakistan 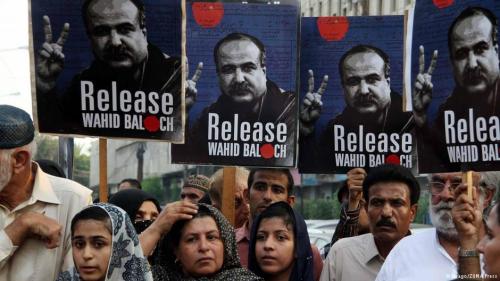 Wahid Baloch, a prominent activist, was allegedly detained by security forces earlier this year. Baloch has now been reunited with his family but there’re thousands of other Baluchistan activists whose fate is unknown.

Pakistani activist Wahid Baloch, who “disappeared” four months ago, has returned to his home in the southern city of Karachi. “The social activist, writer and small-scale publisher is believed to have been detained by unidentified security officials on July 26 on the outskirts of Karachi, setting off a frightening, though wearingly familiar, process of recovery for his shocked family,” said Pakistan’s English daily, Dawn, on Wednesday, December 7.

END_OF_DOCUMENT_TOKEN_TO_BE_REPLACED

Balochistan: Struggling for my father’s release from past 15 years: Farooq Bangulzai 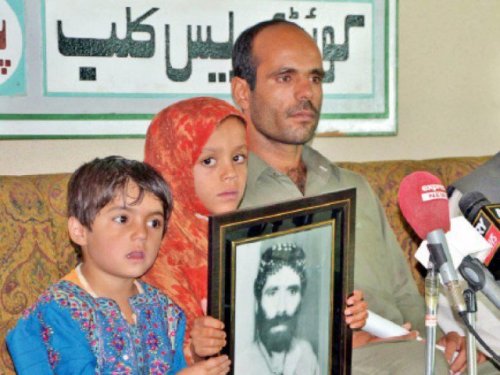 BALOCHISTAN: The son of enforced-disappeared Ali Asghar Bangulzai said that his father was abducted on 18 October, 2001 exactly 15 years ago on this day.

The Baloch tailor Mr Bangulzai’s son Ghulam Farooq Bangulzai said, “We have been struggling peacefully and all using democratic mediums to seek justice and release of our father. We have knocked the door of all department but none has provided us justice.