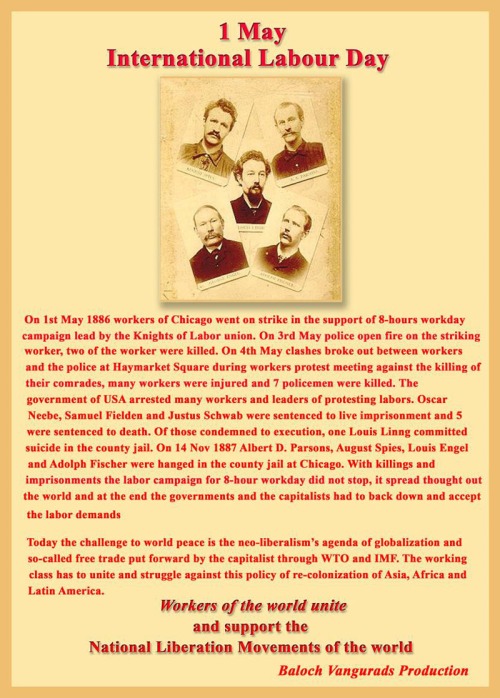 BBC News, Washington: The US will no longer subsidise the sale of eight F-16 fighter jets to Pakistan, a senior state department official has told the BBC.

The decision means that Pakistan will have to pay more than $700m (£480m) – two-and-a-half times the original cost – if it wishes to buy the aircraft.

It comes after Congress refused to approve funding for the deal.

END_OF_DOCUMENT_TOKEN_TO_BE_REPLACED

Cease all financial and military aid to Pakistan: Senior Afghan lawmaker to US

Washington: A prominent Afghan lawmaker on Friday asked the US to stop all financial and military aid to Pakistan, including sale of F-16 jets, and impose economic sanctions, saying that the Pakistani government was providing safe havens to terrorists.

“We ask the US Government to stop all its financial and military aid to Pakistan, including F-16, and impose tough economic sanctions on Pakistan because of its support to terrorist group,” Mohammad Naeem Hamidzai Lalai, a member of Afghan Parliament from Kandahar city said.

END_OF_DOCUMENT_TOKEN_TO_BE_REPLACED 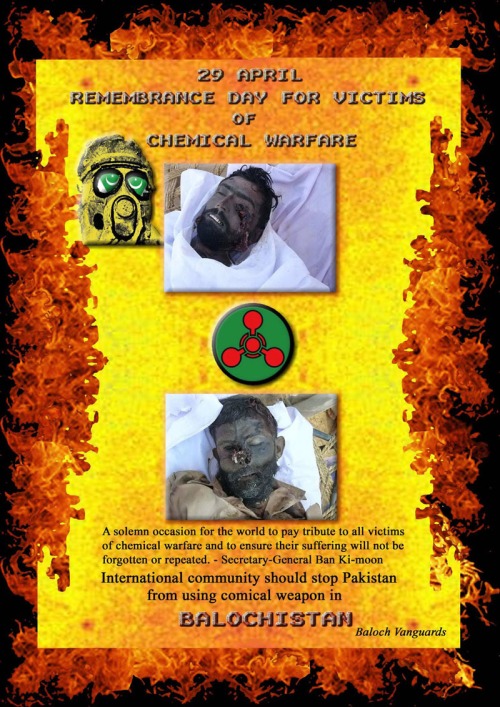 Kashmir is not Balochistan

Pakistan has been using force to crush insurgency in Balochistan.

Balochistan and Kashmir are two former princely states afflicted by insurgency on the subcontinent. All others merged with either India or Pakistan and have been peaceful. The origin and history of insurgency in Balochistan are different from Kashmir. On August 4, 1947, Lord Mountbatten, the Governor- General of India, Muhammad Ali Jinnah, Governor-General-designate of Pakistan, and the Khan of Kalat signed a tripartite agreement stipulating that on Pakistan becoming a dominion, Balochistan will revert to its 1876 status. The British had conquered Balochistan in that year. Jinnah had been the attorney of the Khan. In March 1948, when the Khan was in Karachi, Jinnah forced him to sign the Instrument of Accession. This was repudiated by the state Assembly and led to the start of armed revolt against Pakistan.

END_OF_DOCUMENT_TOKEN_TO_BE_REPLACED

Naela Qadri Baloch, the Baloch liberation activist who is now living in exile in Canada after suffering imprisonment in Pakistan for her activities, recently visited India to tell the Indians about problems faced by the people of Balochistan.

The timing of her visit was crucial, as Naela arrived in India a couple of days after the Pakistani forces arrested former Indian Navy officer Kulbhushan Jadhav on the charges of espionage in Balochistan – one of the four Pakistani provinces located in the south-western part of the country. Her visit once again brought the troubled Pakistani region into focus.

END_OF_DOCUMENT_TOKEN_TO_BE_REPLACED

When it comes to the Balochistan discourse, there is always a built-in and dominant narrative that represents the ‘selected’ side of the matter — be it political, social or economic

These days Balochistan is in news for two reasons. One, for the China Pakistan Economic Corridor (CPEC) and Gwadar, which gets a great deal of coverage in mainstream media; two, a combination of multiple problems, including the ongoing insurgency, which is a point of little discussion in media. Nonetheless, the historical background of Balochistan reveals much, and its current state of affairs is beyond how it is viewed. The other day in a discussion regarding Balochistan, a friend raised a very valid point saying that as much as Balochistan is rich in terms of natural resources, it is also rich in manpower and talent. There is much truth to that. But what really counts a great deal is how that is being utilised, facilitated and given the due space.

END_OF_DOCUMENT_TOKEN_TO_BE_REPLACED

A Conference on Balochistan Being Held in Washington D.C. on May 10th 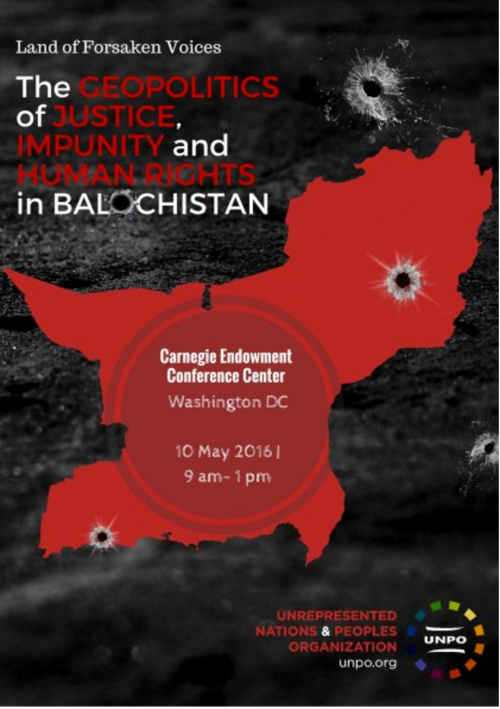 WASHINGTON D.C.: The Unrepresented Nations and Peoples Organization (UNPO) will be organizing a conference on Balochistan called ‘Land of Forsaken Voices: The Geo­politics of Justice, Impunity and Human Rights in Balochistan’ in Washington D.C. on May 10th to discuss the conflict in Balochistan and the state of human rights violations in the region. The Conference will be convened at the Carnegie Endowment for International Peace on from 9:00 am to 1:00 pm EST.

According to an announcement about the event on the official website of the UNPO, the event aims to “draw attention to the deteriorating human rights and security situation in Balochistan, as well as to the geopolitical complexities which inform these developments.”