Visit of Pakistan’s Army General Qamar Javed Bajwa to Canada came under heated discussion in the Canadian Parliament on Monday.

Parliamentary Secretary of Canadian Defense Ministry Bryan May says allocation of the $50,000 for the reception of Pakistan’s Army Chief Qamar Javed Bajwa was ‘inappropriate’. His comments came in response to a fiery speech of the Canadian parliamentarian Tom Kmiec who slammed his government for approving the amount for COAS Bajwa’s reception from the taxpayer money of Canada.

END_OF_DOCUMENT_TOKEN_TO_BE_REPLACED

By concealing the fate and whereabouts of thousands of political dissidents who were forcibly disappeared and secretly executed in prison 30 years ago, Iranian authorities are continuing to commit crimes against humanity, said Amnesty International in a damning report published today.

The report Blood-soaked secrets: Why Iran’s 1988 prison massacres are ongoing crimes against humanity calls on the UN to set up an independent investigation into the mass enforced disappearances and extrajudicial killings which have gone unpunished for three decades.

END_OF_DOCUMENT_TOKEN_TO_BE_REPLACED

Pakistan’s blasphemy laws are often used against religious minorities and others who are the target of false accusations, while emboldening vigilantes prepared to threaten or kill the accused, a new Amnesty International report says today.

“There is overwhelming evidence that Pakistan’s blasphemy laws violate human rights and encourage people to take the law into their own hands. Once a person is accused, they become ensnared in a system that offers them few protections, presumes them guilty, and fails to safeguard them against people willing to use violence,” said Audrey Gaughran, Amnesty International’s Director of Global Issues.

END_OF_DOCUMENT_TOKEN_TO_BE_REPLACED

Wahid Baloch and the plight of ‘missing persons’ in Pakistan

Wahid Baloch, a prominent activist, was allegedly detained by security forces earlier this year. Baloch has now been reunited with his family but there’re thousands of other Baluchistan activists whose fate is unknown.

Pakistani activist Wahid Baloch, who “disappeared” four months ago, has returned to his home in the southern city of Karachi. “The social activist, writer and small-scale publisher is believed to have been detained by unidentified security officials on July 26 on the outskirts of Karachi, setting off a frightening, though wearingly familiar, process of recovery for his shocked family,” said Pakistan’s English daily, Dawn, on Wednesday, December 7.

END_OF_DOCUMENT_TOKEN_TO_BE_REPLACED

BALOCHISTAN: Bibi Gul’s House is burnt for the fourth time after she held a press conference about Enforced Disappearance and Human Rights violations, on 30th August, 2016.

Bibi Gul Baloch, Chairperson of Baloch Human Rights Organization (B.H.R.O), a Human Rights Group working in and outside Balochistan to highlight the Human Rights situation in the region, held a press conference in Quetta Press Club on 30th August, 2016, together with Nasrullah Baloch, the President and Mama Qadeer, Vice President of Vice for Baloch Missing Persons (V.B.M.P) and issued the details of Human Rights violation committed in the month of August specifically and in the year 2016, generally.

END_OF_DOCUMENT_TOKEN_TO_BE_REPLACED 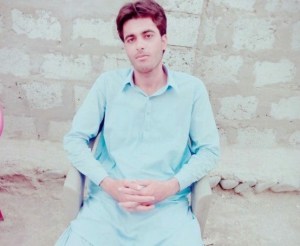 Seven persons were picked up by Pakistani security forces in this operation, locals say. One of the abductees is 25 years old Akhtar Ashraf, who is a fresh graduate, a Masters student for English Literature at the Balochistan University’s Turbat campus.

END_OF_DOCUMENT_TOKEN_TO_BE_REPLACED

BALOCHISTAN: August started with a huge Military Operation in Kolwah, a region in Balochishan, by Pakistan army where Gunship Helicopters and ground forces burnt 13 villages and abducted eight persons including a 12 years old student and a 70 years old farmer, while Frontier Corps (FC) , a Paramilitary Force of Pakistan in charge of law & order in Balochishan claims in a statement that it has arrested eight “suspected terrorists” during Kolwah Military operation. However, neither any one of the eight “arrested ones” has yet been produced in any court of law nor the details are made public.

END_OF_DOCUMENT_TOKEN_TO_BE_REPLACED

Don’t touch me. Don’t touch me,” warned Ahmar Masti Khan, Washington’s Baloch activist journalist, “don’t touch me. I am American.” He had just flabbergasted Pakistan’s visiting Prime Minister, Nawaz Sharif, by heckling him at the United States Institute for Peace (USIP) on October 22nd. Two strong African-American security guards immediately overpowered the man who was shouting, “Stop war crimes in Balochistan” and then they whisked him away.