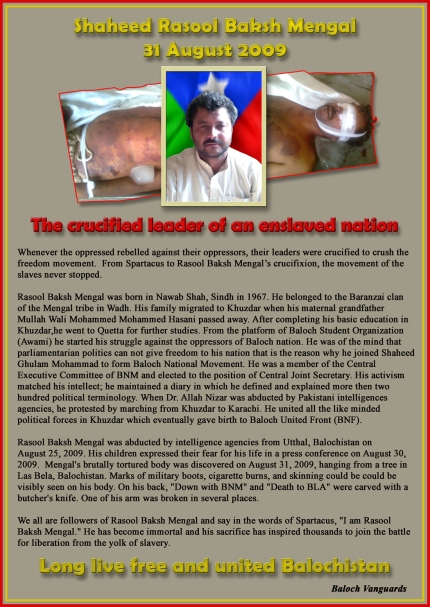 END_OF_DOCUMENT_TOKEN_TO_BE_REPLACED

After four days, an FIR was registered in Preedy police station against the abduction-like incident of journalist Lala Faheem Baloch.

An FIR was filed on the plaintiff of Faheem Baloch’s cousin Umm Habiba Advocate. On Monday morning, a large number of journalists, publishers, writers, political and human rights activists reached Preedy Police Station in Karachi to lodge the FIR.

END_OF_DOCUMENT_TOKEN_TO_BE_REPLACED

Note: On the “International day for Enforce Disappeared” we are publishing this article again (it was first published on 19 April 2012) to pay tribute to Mahir Bibi Marri and her struggle for the safe recovery of her relative and other enforce disappeared Baloch.

Imagine you are forced to live your all life alone without any relative in your life, forcedly taken, beaten & killed & you didnt got the chance to see their faces for the last time. The very thought of living alone makes you shiver because it is hardly impossible for a human to even live a second without anybody giving you a back support.

Now lets put a woman in this example when her husband was dragged, beaten, manhandled & later bristled with bullets infront of her and the children, she suffered the most horrific sight but didn’t flinched because of her children, when the assailant were done they slapped her & ordered her not to drag any judicial inquiries in this or she will face the dire consequences. She didn’t reacted nor did she went for the police neither she went for judicial inquiries hoping that the worst was over, but she was wrong.

END_OF_DOCUMENT_TOKEN_TO_BE_REPLACED

A sense of desperation and urgency seems to grip the Establishment in its policies regarding Balochistan. This is particularly evident in its militarization, its exploitation of resources and grabbing of real estate. Their urge is so overpowering that they have become heedless to the resentment and hostility that these policies generate among the people.

In Balochistan, militarization and exploitation simply cannot be divorced. In fact resources are the reason behind all the confrontational policies that have been pursued and implemented since partition. The calamity has been aggravated by incompetence, corruption and downright knavery in all projects and ventures undertaken there.

END_OF_DOCUMENT_TOKEN_TO_BE_REPLACED

According to the details, Lala Faheem Baloch, Manager of Ilm-O-Adab Publishers, was arrested and taken away by law enforcement officials from Urdu Bazar area of ​​Karachi on Friday evening.

END_OF_DOCUMENT_TOKEN_TO_BE_REPLACED

Dr Allah Nazar Baloch, a pro-independence leader and head of the Balochistan Liberation Front, has said in a statement that Pakistani colonial projects and colonial systems are causing a clear increase in flood disasters in Balochistan. Dilapidated infrastructure and corrupt projects were washed away. On the other hand, more than a dozen dams have collapsed due to poor construction and could not withstand the water pressure. Balochistan has been submerged in floods, but the media and the Pakistani political system do not mention the flood and the flood victims. This alienation and indifference are enough to prove that our status is merely that of a slave nation and Pakistan’s interest lies in our resources and land. The Baloch nation is just a colonized in the Pakistani political system.

END_OF_DOCUMENT_TOKEN_TO_BE_REPLACED

The dream of Shaheed Nawab Akbar Bugti lives on 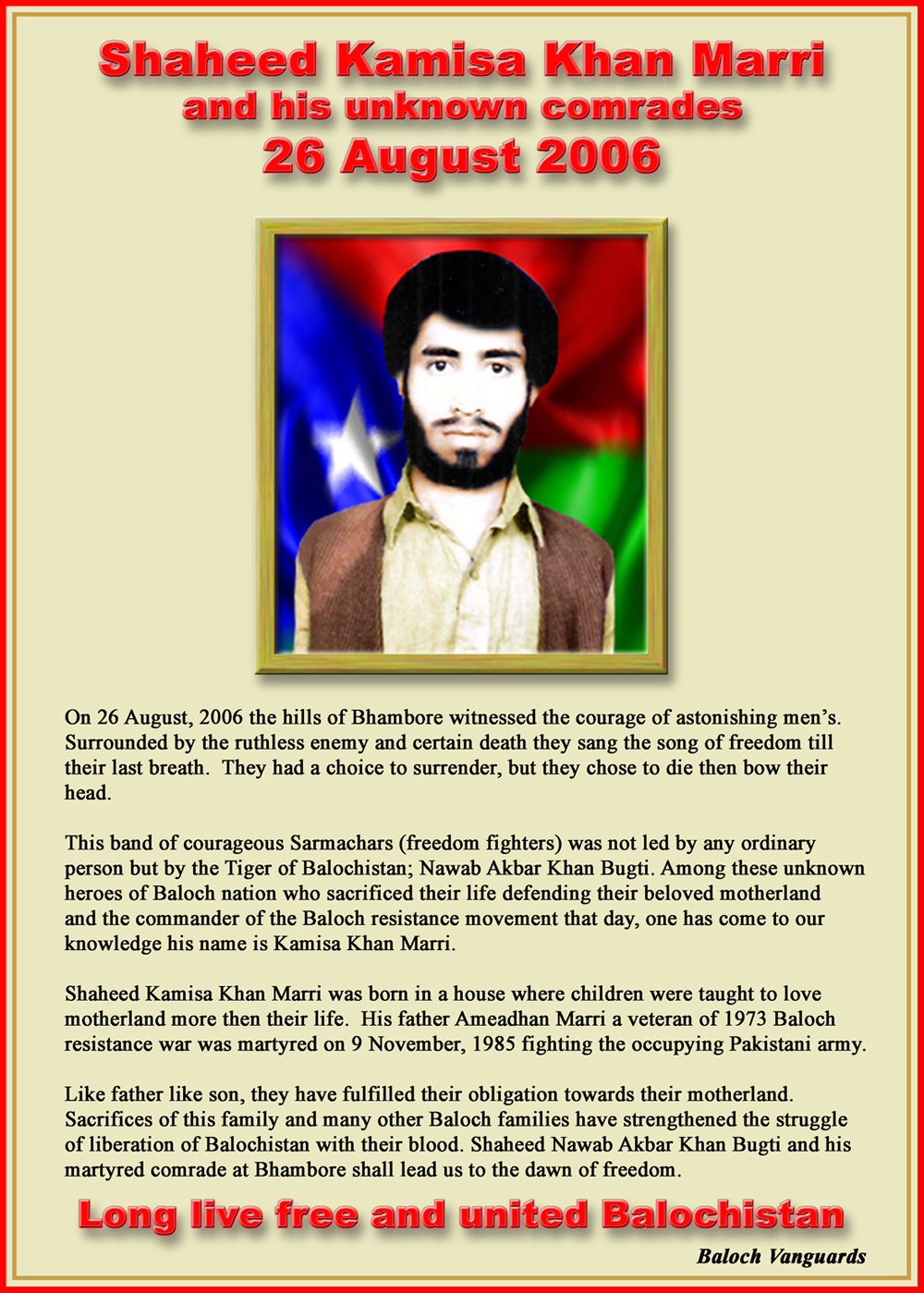