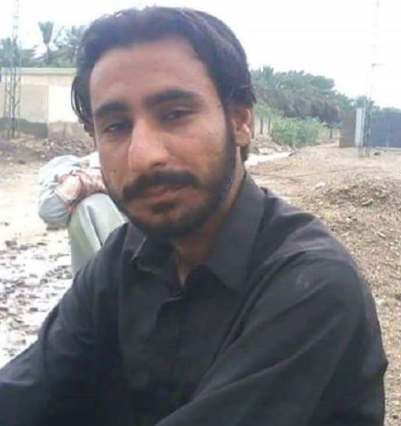 According to details, Najeeb Baloch a residence of  Badai area of Zamuran, was abducted yesterday on 26 September 2015, from Kech by Frontier Corps (FC) and Pakistani state intelligence agencies in front of many people.

His body was found today on 27 September 2015 from Kaisaak area of Turbat, he was a signboard painter by profession.

It is worth to mention here that the Chief Minister of Balochistan Dr. Malik Baloch talking to media recently, told them that Pakistani state has stopped dumping bodies of enforced disappeared Baloch activists