‘Long march’ for the missing 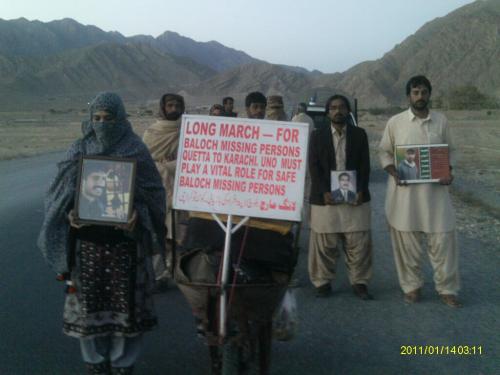 QUETTA, Oct 27: About 20 people, including women and children, set off for Karachi on Sunday under the banner of the Voice for Baloch Missing Persons (VBMP) to highlight the issue of missing persons.

Participants of the ‘long march’ — led by VBMP Vice-Chairman Qadeer Baloch and carrying placards and photographs of missing persons — began their journey at the local press club. The march will culminate in a sit-in outside the Karachi Press Club.
END_OF_DOCUMENT_TOKEN_TO_BE_REPLACED

The Long March against disappearances and extrajudicial killings in Balochistan commences

The relatives of missing persons from Balochistan started a 730 kilometre peaceful long march for the recovery of disappeared persons. The participants assembled and started their march from the Quetta Press Club yesterday. The rally includes women and children and will reach Karachi, the capital of Sindh province after one week. The long march is lead by a seven-year-old son of Jalil Reki, who was extrajudicially killed after a year of his disappearance in an ISI torture cell. Mr. Nasrullah Baloch, the chairperson of Voice for Missing Baloch Persons (VMBP) whose uncle has been missing for 11 year years, Mr. Mama Qadeer Baloch, whose cousin has been missing since 2001 and whose son who was killed during his detention by the military, and Ms. Farzana Majeed, the sister of Mr. Zakir Majeed Baloch, who has been missing since 2009 after his arrest by the Frontier Corp (FC) are also taking part in the march.
END_OF_DOCUMENT_TOKEN_TO_BE_REPLACED 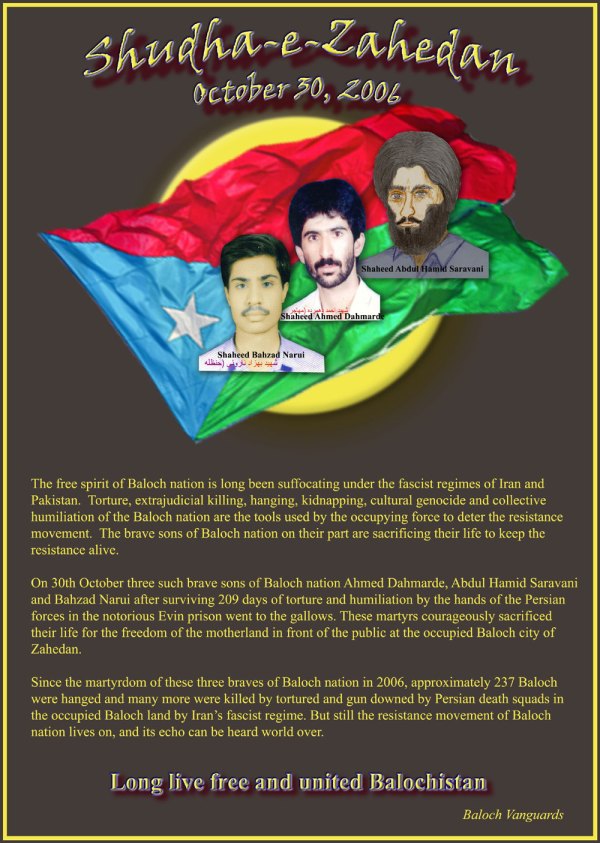