Join us in condemnation of human rights violations in Balochistan: BHRC (Canada)

Stop the Reprisal Hangings of Baloch Youth by Iranian Mullahs

Support the VBMP Long March for Missing Persons in Balochistan 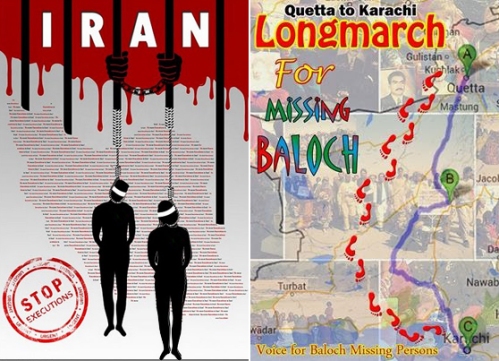 A joint protest rally will be held by Baloch, Kurds, Al-Ahwazi Arabs, Turkoman and South Azerbaijanis to condemn the reprisal hangings of the 16 Baloch youths in Zahedan prison and in support of the long march by Voice for Baloch Missing Persons to highlight enforced disappearances of political activists in Balochistan.

Join us in condemnation of human rights violations in Balochistan