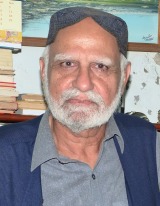 Punjab, with Pakistan Muslim League-Nawaz in power, plans to take over gas resources through amending Article 158, which states: “Priority of requirements of natural gas: The Province in which a well-head of natural gas is situated shall have precedence over other parts of Pakistan in meeting the requirements from that well-head, subject to the commitments and obligations as on the commencing day.” Minister for Petroleum Khaqan Abbasi stated that it was unfair that CNG was available for vehicles in a gas-producing province (read Sindh and Balochistan) while fertiliser plants were closed in another province (read Punjab) due to non-availability of gas and added, “This needs to be rationalised. Pakistan belongs to all and provinces are a part of it.” Rationalising exploitation is their priority now.

END_OF_DOCUMENT_TOKEN_TO_BE_REPLACED

All political, economic, social or administrative measures that the incoming government implements or enacts will be as null and void as were those of the Raisani government 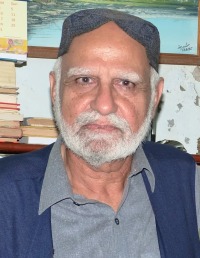 Ghaus Bakhsh Barozai, the Balochistan caretaker chief minister (CM), speaking recently at the Punjab University (PU) said that the “Punjab was like Balochistan’s big brother and had made positive gestures towards the province”, and that “Ignorant people in the media” were not presenting an accurate picture of the problems in Balochistan. The PU Vice Chancellor (VC) Professor Mujahid Kamran in reply congratulated the cabinet-less Barozai for holding peaceful elections. He said that the Baloch people were brave, loyal and hard working and that 97 Baloch students had been admitted to the Punjab University with free tuition, boarding and Rs 3,000 monthly scholarships.