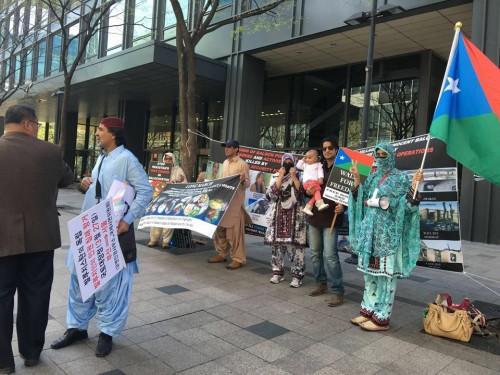 Seoul, April 4, 2016: Baloch long march activists, headed by Naseer Baloch, arrived at the UN offices in Seoul, South Korea today.  In nine days they covered a distance of 463km, from Busan city, the southeastern tip of the Korean peninsula to Seoul, the capital and largest metropolis of South Korea.

The five-member team of Baloch activists started the long march under the banner, “Walk for Freedom” on March 27, 2016 with a protest rally in Busan city. It is worth mentioning here that ‘March 27’ is remembered in Baloch annals as a ‘black day’ when in 1948, the sovereign state of Balochistan was illegally occupied by Pakistan through a military invasion.