Toronto, April 26, 2014 – Ahwazi Democratic Popular Front held a gathering in Toronto to commemorate the 89th year of Iranian occupation of Al-Ahwaz. The meeting at the North York Centre was attended by a diverse group of people belonging to the non-Persian nationalities under Iranian occupation. A large number of Al-Ahwazi Arabs, Azeri Turks, Turkoman, Palestinians, Lebanese, Sindhis and Baloch participated to express their commitment and solidarity with the independence struggle of Al-Ahwaz and nations under foreign occupation.

END_OF_DOCUMENT_TOKEN_TO_BE_REPLACED 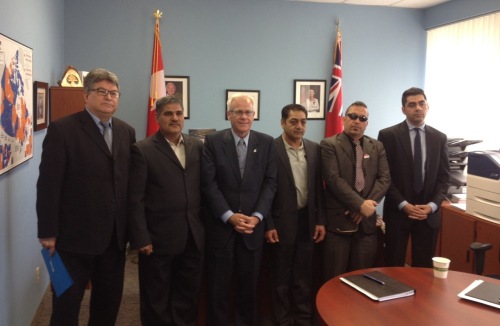 END_OF_DOCUMENT_TOKEN_TO_BE_REPLACED

Toronto, May 16th – Baloch Human Rights Council (Canada) has issued an urgent statement regarding the post-election scenario in Balochistan and has expressed concern over the unabated atrocities committed against civilians by the Pakistan Army, Frontier Corps, ISI, and the state sponsored Taliban-linked death squads.

END_OF_DOCUMENT_TOKEN_TO_BE_REPLACED

Authorities should be charged with Crimes against Humanity

Toronto, May 6, 2012 – Baloch Human Rights Council (Canada) and the International Voice for Baloch Missing Persons jointly staged a peaceful protest condemning the brutal police/paramilitary operation in Lyari, Karachi resulting in the death of scores of innocent civilians including an eight-year old child crushed to death by an armoured personnel carrier of the security forces. The siege of Lyari by the police force that lasted eight days was an ordeal of worst form of human rights abuses witnessed by the 1.7 million inhabitants in its entire history including the periods of military dictatorships of the past.

END_OF_DOCUMENT_TOKEN_TO_BE_REPLACED

BHRC (Canada) & IVBMP: convene a meeting to mark the Illegal occupation of Balochistan

You are cordially invited to an event on marking the “Illegal occupation of Balochistan on March 27, 1948”.

To forfeit the independence of a Nation is a worse kind of violation of a human’s right. Balochistan, was an independent, secular and democratic country before March 27, 1948, forcefully occupied by Pakistani Army, since then Baloch people are fighting to regain their independence from this illegal occupation by Pakistan and Iran. Pakistan and Iran are conducting slow motion genocide in both Eastern and Western Balochistan so as to silence the voices of secularism, democracy and world peace in the region.

END_OF_DOCUMENT_TOKEN_TO_BE_REPLACED

Dr. Zaffar Baloch, the President of Baloch Human Rights Council – Canada unmasked the historical myths and lies of Pakistani establishment about Balochistan in an interview given to a Canadian Channel.

A tribute to Baloch Martyrs

Candle Light Vigil in the Memory of Prof. Saba Dashtyari and Saleem Shehzad in Canada 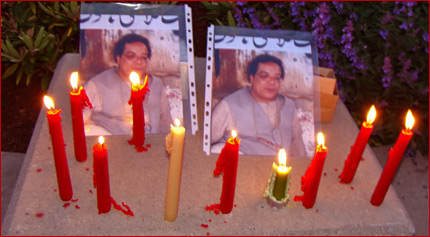