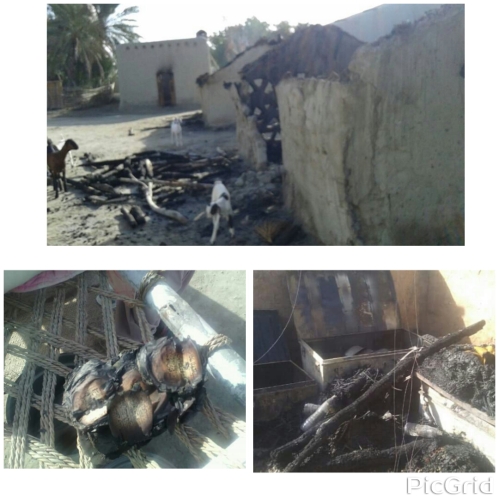 The Balochwarna News Balochistan correspondent reported Pakistan army have conducted a pre-dawn raid in Gobrud area of Mand and burned the houses of Rashid, Nadil, Safeer and Murad Mohammad.

END_OF_DOCUMENT_TOKEN_TO_BE_REPLACED

Pakistan intensified its atrocities across Balochistan; world’s silence is of grave concern: BNV 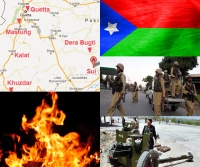 The Baloch National Voice in a statement on Saturday said that Pakistani security forces attack on Baloch civilians in Marwaar area of Balochistan is a continuation of military offensives against Baloch people from past 60 years.

The BNV further said military attack of civilians, burning their houses, violating the sanctity of Baloch code of honour and abducting at least 40 people in revenge of an attack on security forces by Baloch freedom fighters proves that Pakistan has lot the fight. Hence to conceal its defeat and to keep the moral of its soldiers high the state is killing and abducting innocent people from Balochistan.

END_OF_DOCUMENT_TOKEN_TO_BE_REPLACED 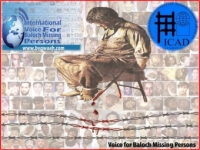 Faiz Baluch and Hakeem Wadhela Baloch participated in the meeting on behalf of International Voice for Baloch Missing Persons. The ICAD and IVBMP have decided to launch two months awareness campaign against enforced-disappearances and other human rights violations in Balochistan. The main areas of campaign will be different cities of United Kingdom and Europe.
END_OF_DOCUMENT_TOKEN_TO_BE_REPLACED