Baluchistan: Missing Persons and the Question of Impunity 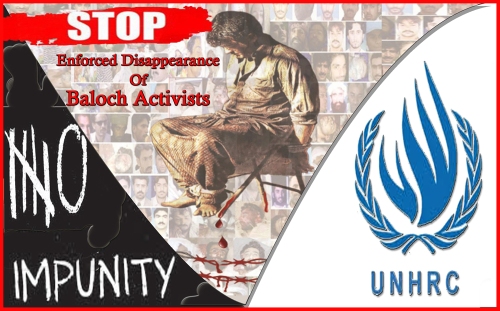 Countries with terrible human rights get on the UNHRC to protect themselves against being investigated, not to make change for betterment of human kind.

A day doesn’t go by without news coming from Baluchistan of Baloch people are being enforcedly disappeared by Pakistani state intelligence agencies, and this is not a recent phenomenon.

Baloch people and the situation of ‘missing person’ (as the enforced disappeared persons are called in Pakistan), go long back in the 70’s when the so-called democratic government of Z.A Bhutto’s was on the helm of the Pakistan state. But since the fifth wave of Baloch rights movement erupted in the late 90’s Pakistan stated to use this dirty war tactic in an epidemic proportion to crush it.