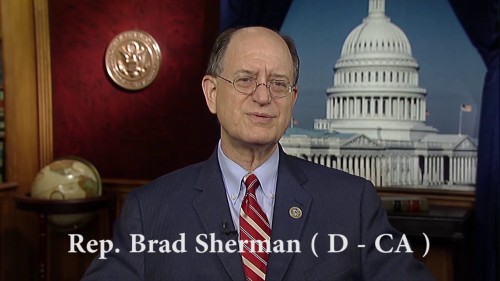 “I express my grave concerns about the human rights situation in the Sindh province of Pakistan, with special reference to enforced disappearances of persons at the hands of Pakistani security agencies. Many of the disappeared persons are from the Jeay Sindh Mahaz (JSM), Jeay Sindh Mutehada Mahaz (JSMM), and Jeay Sindh Qaumi Mahaz (JSQM). The disappeared persons also include teachers, intellectuals, writers, and publishers. Six of my House colleagues joined me in sending a letter to the State Department on this issue in August 2017. I also raised this issue on the floor of the House in October 2017, and this problem of enforced disappearances was discussed in a February 2018 hearing of the Asia Subcommittee at the House Foreign Affairs Committee.

“I strongly condemn an incident that occurred this past weekend, when Pakistan’s security forces assaulted the families of disappeared and missing persons who were on a hunger strike in protest of these disappearances.

“The family members of the Sindhi victims of enforced disappearances (mainly their daughters and wives, as male members are being held by the security forces or have moved underground or remained silent as they fear the security agencies) and their friends have launched a peaceful nonviolent protest for their release. The daughters and wives of the disappeared persons were engaged in a 72-hour hunger strike in front of the Press Club at Karachi that began May 20.  During this nonviolent protest, Pakistani security forces or their agents assaulted two daughters of the disappeared Hidyat Lohar (an elementary school headmaster who was taken away in April 2017 in front of school children) and two daughters of Khadim Arijo (a civil servant missing since April 2017). Security forces also reportedly detained about five of the nonviolent activists, though it seems they have been released.

“It is crucial that Pakistan immediately cease these and other related human rights violations in the Sindh province. Pakistani security personnel and others involved in the enforced disappearances should be held accountable.  I urge the U.S. State Department and Secretary of State Mike Pompeo, as well as our ambassador in Pakistan, to take up this issue with the civilian and military leadership of Pakistan.  Our ambassador to Pakistan must receive guarantees from the Pakistani government regarding the protection of human rights defenders and of those who advocate for Sindh’s missing persons. It will be even more significant to set up a bipartisan fact-finding mission to probe enforced disappearances and related killings in Sindh.”