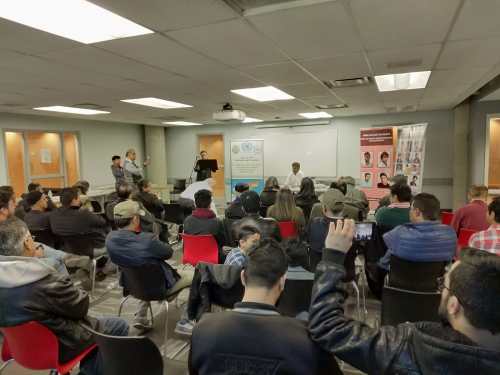 Toronto, March 25: Baloch National Movement – North America’s call to observe March 27 as black day was attended by Pakhtuns, Sindhis, Kurds and enlightened elements of the Canadian society at a Toronto meeting. Sovereign Balochistan was invaded and occupied by the Pakistani military in 1948. The public gathering was attended by people from all walks of life sharing democratic values and respect for freedoms and rights.

Mr. Tarek Fatah, guest of honour at the event spoke on the importance of understanding the history and the evil nature of the state of Pakistan. In his speech, Mr. Fatah described the events at Dacca University on March 25, 1971 when Pakistan Army soldiers massacred more than 200 students and teachers at the university dorms and hung their bodies from the poles and trees.