Baloch activists up the ante against China-Pakistan Economic Corridor 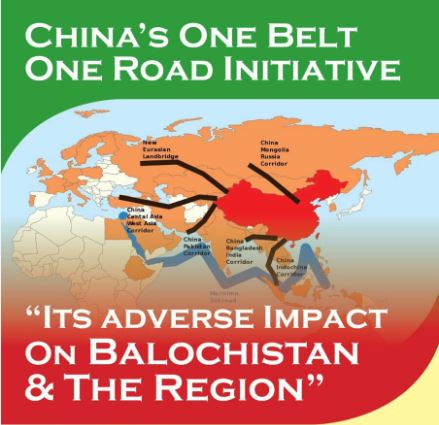 BERLIN, ANI | Aug 7, 2017: Exiled Baloch leaders and activists will gather in Berlin, Germany, on August 11 to voice their protest against the under construction multi-billion dollar China Pakistan Economic Corridor (CPEC).

The event titled “China’s One Belt One Road Initiative – Its adverse impact on Balochistan & the region” would be organized by the European branch of Baloch National Movement (BNM), a Baloch nationalist political group.

“In this situation, I think, it’s high time we work with other nations and countries who also oppose OBOR / CPEC”, he said. 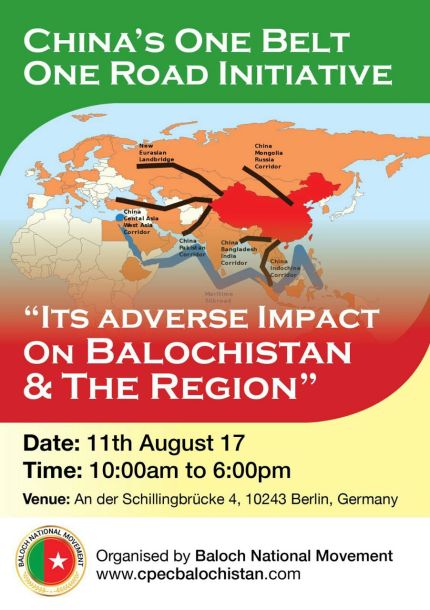 People in Balochistan, Pakistan’s resource rich province, are opposing CPEC, which runs mostly through the region. Balochistan is in the throes of a popular movement for self-determination that is gathering intensity.

For the indigenous Baloch people, CPEC is seen as a threat. As CPEC gets implemented in Balochistan, there is a fear of a massive inflow of migrants from different areas of Pakistan which will change the demography of Balochistan and reduce the Baloch people to a permanent minority in their historic homeland.

Ghaffar Baloch, President of BNM Germany, told ANI, “CPEC is no way an economic project. Pakistan and China together are building a military infrastructure in Balochistan’s coastal areas. The purpose is to strengthen their military supremacy in the region which we believe will undermine the stability of the region.”

Nevertheless, Chinese footprints are on the increase in Pakistan and inroads into Balochistan is becoming increasingly visible.

In order to provide security to Chinese facilities, Pakistan is raising special security groups and intensifying army operations in Balochistan.

China came up with its One Belt One Road (OBOR) initiative in 2013, and during the last four years, it has displayed its willingness to follow through on its plans.