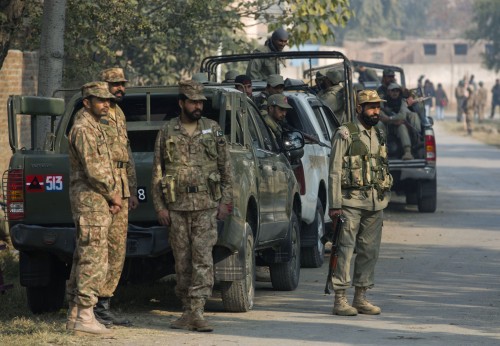 Balochistan, 1 June 2017: A fresh military offensive has been reported by locals from different areas of Kalat and Mastung districts of Balochistan.

Today Pakistani arms forces have commenced indiscriminate shelling of the rural villages in the region because of it countless homes were destroyed, many persons were killed and injured, including children and women.

END_OF_DOCUMENT_TOKEN_TO_BE_REPLACED

CPEC (China Pakistan Economic Corridor) is one segment of the proposed ‘One Belt One Road’ program of the Chinese government aimed at expanding Chinese economic and strategic influence in Asia. It involves a road and rail link from the Baloch town of Gwadar to Western Chinese city of Kashgar. Several special economic zones will be established along the entire length of the Corridor. The Baloch have been expressing their reservations on this project. The majority of the Baloch nationalist consider this as a corridor of death and destruction for the Baloch. This article is an attempt to explain and analyse the Baloch fears regarding CPEC.

END_OF_DOCUMENT_TOKEN_TO_BE_REPLACED

The deaths of at least 1,000 people since March 2008 in the ongoing nationalist insurgency in the volatile Pakistani province of Balochistan have often been overshadowed by the country’s other troubles. Yet as the BBC’s Syed Shoaib Hasan discovered, the suffering there is every bit as acute.

Getting to the vast Baloch tribal settlement of New Kahan is not easy. It is tightly guarded by a ring of checkpoints.

We slip quietly past through a gravel path with help from a local guide.

New Kahan is home to thousands of tribal Baloch people. The Baloch rebel anthem plays as children gather for assembly.