Trump must get tough with Pakistan 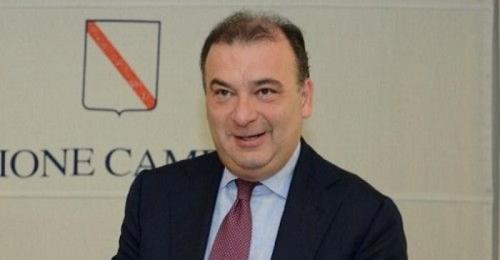 Future financial aid should depend on genuine opposition to terrorists

President-elect Donald Trump made headlines after Pakistani officials released details of his phone call with Prime Minister Nawaz Sharif. While the reported kind words exchanged could be interpreted as the beginning of a renewed friendship between the two countries, Islamabad’s thirst for headlines alone have made this less likely. More importantly, in the past Mr. Trump has stressed the security challenges associated with Pakistan and its potential global reach.

The new administration is not alone in having mixed feelings. Rightfully so, Washington’s patience has been showing signs of wearing thin as Pakistan, a military-run country with nuclear weapons, has not been cooperative, particularly in the fight against terrorism. Indeed, there is evidence of ambiguous relations between Islamabad and several terrorist organizations. Pakistan is known as a safe haven for terrorists such as Osama bin Laden and for supporting terrorists groups such al Qaeda, the Taliban and the Haqqani network. Islamabad’s attitude regarding terrorism within its borders is unacceptable — and a major source of concern for both the United States and Europe.

In this context, it is essential to remember that the United States and the EU represent the bulk of the financial aid and trade with Pakistan. Although Pakistan has happily received numerous types of aid from both sides of the Atlantic, relations have often been ambivalent, and Western security and human rights concerns — most certainly justified — are perceived as an annoyance. Pakistan is even suspected of misusing of military equipment provided by the United States. The U.S. alone is to transfer close to $1 billion to Pakistan in 2017, giving Washington considerable leverage over Islamabad — leverage that must now be used.

Over the years Pakistan has failed to live up to its promises to the United States, whether on providing troops for the U.S. fight against communist forces in the days of the Cold War or against al Qaeda, the Taliban and the Haqqani network in present times. What’s even worse: Large chunks of funding to Pakistan found its way to arm jihadi groups, the same groups that have been responsible for killing of NATO soldiers in Afghanistan.

What is needed going forward is a new approach to Pakistan — one that recognizes the need to engage with Pakistan on certain key security issues while also applying stronger conditions on Islamabad to perform in ways that are not counterproductive to these objectives in the first place. The incoming Trump administration and Congress should accordingly take a closer look at U.S. economic and military assistance to Pakistan, beginning with the fundamental question: Does this assistance to Pakistan serve U.S. national interests or not?

Equally important is that any such re-assessment of U.S. policy to Pakistan takes place in close coordination with America’s European allies. Should Pakistan fail to comply and become transparent, both the U.S. and the EU need to consider taking appropriate joint trans-Atlantic actions, including reducing or withdrawing funds or boycotting inappropriate arms sales.

Terrorism is a serious threat that affects both America and Europe. Both sides of the Atlantic certainly recognize the importance of fighting terrorism as we are seeing now with the Umbrella Agreement — a landmark deal strengthening the cooperation between Washington and Brussels in the fight against terrorism by transferring trans-Atlantic criminal data.

Both the United States and the European Union have leverage over Islamabad, and they should use it in a coordinated fashion to dismantle terrorist networks inside Pakistan and to guarantee regional stability in South Asia. As many of the concerns and interests are shared across the Atlantic, namely with NATO, cooperation with European counterparts should be considered by establishing a trans-Atlantic dialogue on global counterterrorism.