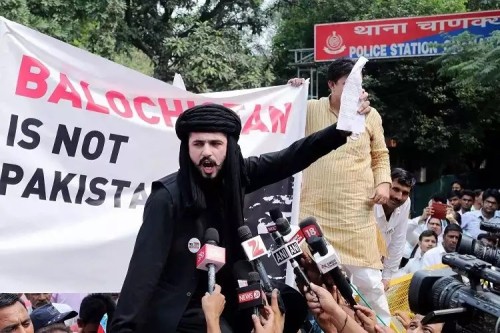 While interacting with the media at protest side, Baloch leader Mazdak Dilshad Baloch said “We support such strikes and want Indian Army to conduct surgical strikes in Balochistan as well.”

“Any step taken by India against terrorism, is right,” he added.

The issue came into limelight after gained international attention after Indian Prime Minister Narendra Modi recently highlighted the alleged distress of the people in the region and accused Pakistan of human rights violations there in his Independence day speech.

“We trust in Modi and India will help us in our freedom movement”, added Baloch leader Mazdak Dilshad Baloch. They also seek support from other world leaders to fight Pakistan and terrorism.

It must be remembered that the Indian nationals having roots in Balochistan planned to stage a protest in front of the Pakistan Embassy in New Delhi against the atrocities on the Baloch people in that country. The decision came after Baloch leader Mazdak Dilshad Baloch and his wife Nayla paid a visit on 14 September 2016 to the Balochpura village in Uttar Pradesh’s Baghpat district and asked them to support the Balochistan freedom movement.

Talking to media he said “This is the start of a movement to secure support for our freedom struggle against illegal occupation of Balochistan by Pakistan. By meeting these people, who share our ethnicity, we are starting to mobilize all Baloch to highlight atrocities on our community by Pakistani forces,”