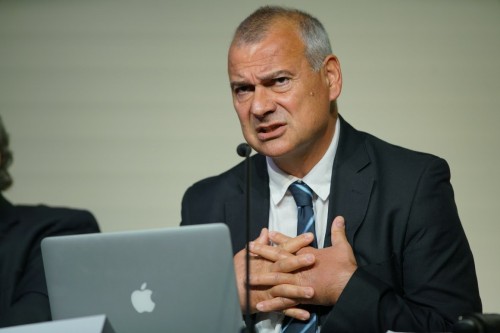 ANI | Geneva | September 20, 2016: Maintaining that human rights violations in Balochistan are at its worst, Paulo Casaca, a former member of the European Parliament, said that the China-Pakistan Economic Corridor (CPEC) is a fully militarized project.

Casaca said that people who raise their voices on the issue in Pakistan are murdered and their bodies dumped.

“I think it [human rights violation ] must be one of the worst there [Balochistan], because I do not know of any policy of kill and dump like the one pursued in Balochistan. People that are seen as vocal in expressing a certain culture, even if they do not have known political activity, they are being murdered and their bodies have been dumped,” Casaca told ANI.

“I think economic development in itself is a good thing, but we cannot think about economic development forgetting about the very serious political issues at stake. This corridor is going through disputed territory .. it goes through Balochistan where the dispute has never ended for 70 years,” he added.

The Baloch people have been protesting, alleging Pakistan of being only concerned about the resources in Balochistan and not its people and exploiting the region’s resources and trading it to Beijing.

Considered to be a part of China’s One Belt, One Road initiative, the $46 billion project covers Balochistan and Sindh provinces and Pakistan-occupied Kashmir (PoK).

India has formally opposed the CPEC because it runs through PoK, which it says is India’s.