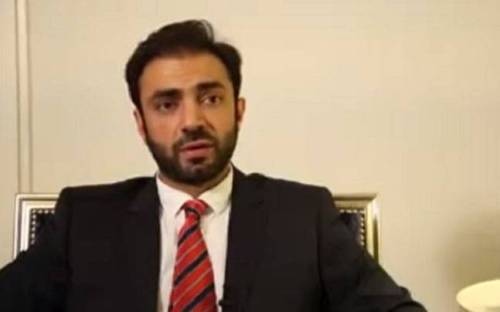 “We will not only take Gen Raheel Sharif to the International Court and the United Nations but also file cases against his predecessors General Ashfaq Pervez Kayani and General Pervez Musharraf,” Brahumdagh Bugti told Mail Today in an exclusive interview from Geneva.

Bugti, president of the Baloch Republican Party, is living in exile in Switzerland after the assassination of his grandfather and revered Baloch freedom fighter late Nawab Akbar Bugti.

Rattled by Baloch leaders and freedom fighters praising Prime Minister Narendra Modi’s speech from the ramparts of the Red Fort, Pakistan on Friday initiated the process to seek an Interpol Red Corner Notice against Brahumdag Bugti.

“Pakistan is alarmed by the sudden global interest in the plight of Baloch people after Prime Minister Modi’s Independence Day speech. Pakistan has ramped up operations killing innocent people in Balochistan indiscriminately,” he added.

The Central Committee of the Baloch Republican Party is to meet in the next 15 days to chart out the next course of action.

“We intend to sue Gen Rahil Sharif, Gen Kayani & Gen Muharraf for genocide, torture and forced disappearance of Baloch people. We will also file cases against the current and past Director Generals of Inter Services Intelligence (ISI) and Quetta corps commanders. We have evidence of their direct role,” he said.

The Baloch activists are preparing to sue the Pakistan army at the International Court of Justice at the Hague.
Brahumdah Bugti is also seeking asylum in India.

“I am actively considering seeking asylum for my people and would like to move to India myself. Being in India will be better for my people,” he said requesting India to provide opportunities for the Baloch people trying to escape Pakistan army led genocide.

Asked if Pakistan army seeking an Interpol Red Corner Notice against him would be a setback for their struggle, Bugti said that Pakistan army had tried earlier in 2011 but could not prove its case and the Swiss authorities turned down their request. Pakistan is also worried international headlines on the issue will focus global attention on the plight of the people of Balochistan.

“They backed off last time and they will not make the mistake again. But we want global attention on Pakistan army atrocities – using heavy artillery and aircraft to put down Baloch freedom fighters,” he added.
Baloch activists are now planning to organize a series of seminars and discussions in the US, Europe and across several capitals in Asia, including India to highlight their cause. Armed with video and pictures and eye witness accounts of atrocities the people intend to expose the Pakistan army.

“Now lets see if they drag me to Pakistan or I move court to ban the movement of Pakistan army generals across Europe,” says a determined Brahumdag Bugti.