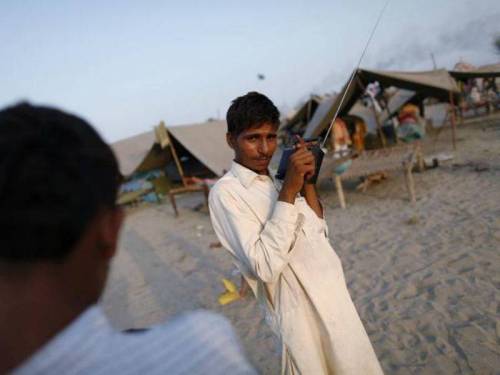 A day after India gave its nod to All India Radio (AIR) to broadcast programmes in Balochi language, Pakistan has hit back by imposing a cap of less than six percent air-time to telecast Indian television channels from 15 October,2016, reported PTI.

However, ANI and Times Now reported that according to Pakistan media, the country’s electronic media regulatory authority has banned Indian channels airing through DTH services.

Pakistan’s electronic media watchdog warned of a crackdown on local channels as well. The decision was prompted by complaints from the different TV owners and common citizens, according to an official of Pakistan Electronic Media Regulatory Authority (Pemra), PTI reported.

The government gave its nod to the state-owned radio broadcaster to include Balochi language among the 14 foreign languages that it currently broadcasts in on Wednesday, ANI had earlier reported.

The development came after the Centre boosted the signal capacity of AIR transmission by installing a new transmittor in Jammu and Kashmir, according to a PTI report.

Several Baloch activists had thanked Prime Minister Narendra Modi and urged him to be the “voice of the Baloch people” since his Independence Day remarks. Even the Balochistan nationalist movement sought support from the United States after being encouraged by Modi’s words.

“Baloch nation hopes that the United States and Europe will join Prime Minister Modi and hold Pakistan accountable for the crimes against humanity and the war crimes it has committed against the Baloch nation in 68 years of its occupation of Balochistan and during the five wars that the Baloch nation has fought with Pakistan to win its national freedom,” Khalil Baloch, chairman of the Baloch National Movement (BNM), said in a statement.

As Seema Guha points out in this Firstpost piece, “The move to directly communicate with the disaffected citizens of Pakistan will be a moral booster to the Baloch nationalists, already overjoyed with Prime Minister Narendra Modi’s public support for them in his Republic Day speech.”

With this latest move, Pakistan has clearly expressed its displeasure with India’s attempt to communicate with the Baloch people. It has earlier said that Modi crossed the “red line” by talking about Balochistan.