Munich, Berlin, Dusseldorf (Germany): In a bid to highlight the ongoing Baloch genocide and human rights violations and the disappearance of Baloch people through the hands of Pakistani military and intelligence agencies in Balochistan, the Baloch National Movement (BNM) Germany chapter held demonstrations in different cities.

The demonstrations were held in Dusseldorf, Berlin and Munich on August 30, which is also marked as “The International Day of the victims of the enforced disappearance” by the Baloch people.

The protesters were seen holding placards which read “stop #enforced disappearance in Balochistan.”

Some were also seen enacting the human rights abuses by Pakistan with chains tied in their hands and blood stains on their shirts.

The protesters also sought the attention of United Nations, the U.S. and the EU in order to act for the safe recovery of those missing, which amounts to thousands.

The BNM activists highlighted that silence of the International community is aiding Baloch genocide by Pakistan.

BNM’s deputy secretary Germany Zone, Nadeem Saleem said that in 1948, Balochistan was unlawfully occupied by Pakistan through a military invasion in violation of International Law and against the wishes of the Baloch nation.

Highlighting that Pakistani military occupation in Balochistan has deprived its people to develop into a democratic society with rights to education, economic freedom, cultural progress and social justice, he said that country’s military is promoting proxy Islamist terrorist groups in Balochistan.

“Pakistani military establishment is promoting proxy Islamist terrorist groups in Balochistan as a policy to crush the secular Baloch freedom struggle and to transform the society into a bastion of Taliban, ISIS, Lashkar-e-Taiba, Jamat-ud-Dawa and Lashkar-e-Jhangvi to be used against neighbouring Afghanistan and India,” Saleem told ANI.

He said that since 2003, more than 23,000 activists, students, lawyers, women, journalists, writers and human rights defenders have been enforced disappeared by the Pakistani army and its death squads.

Asserting that Indian Prime Minister Narendra Modi has condemned the atrocities committed against the people of Balochistan by the Pakistan, he hoped that the United Nation, U.S., U.K., Germany, and the European Union will raise their voices to save his people.

Jaleel Ahmed Baloch, unit secretary of Gottingen unit, Germany requested the world community to take notice of the atrocities against the people of Balochistan.

“There are more than 30, 0000 Baloch activists, Baloch teachers, Baloch students who are under Pakistani torture cells, who are bearing inhuman torture in Pakistani torture custody. We request to the United Nation, European Union, India and the rest of democratic countries please take notice of that,” he told ANI.

The protesters also highlighted that Pakistan’s Gwadar port in Balochistan, developed with Chinese assistance, key part of the China-Pakistan Economic Corridor (CPEC) project is raising tensions in the Indian Ocean.

Described as an economic “game-changer” by Pakistan and China, CPEC has strategic implications for India and Afghanistan.

Earlier media reports have also highlighted the manner in which the CPEC project was being constructed against the will of the local population in Balochistan, leading to the heavy presence of Pakistani military and police apparatus in the area.

The Pakistani Army has also been alleged of forceful evacuation of people from their traditional homesteads and farmlands in several areas of Gilgit-Baltistan and Balochistan so as to make the land available for the CPEC. 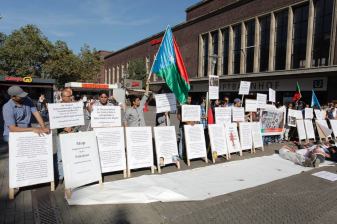 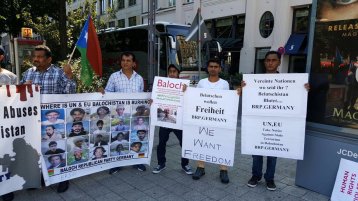 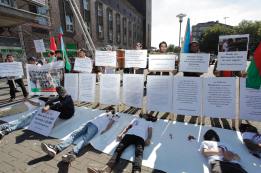 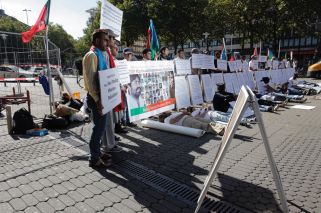 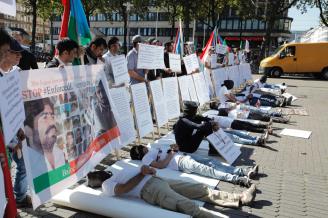 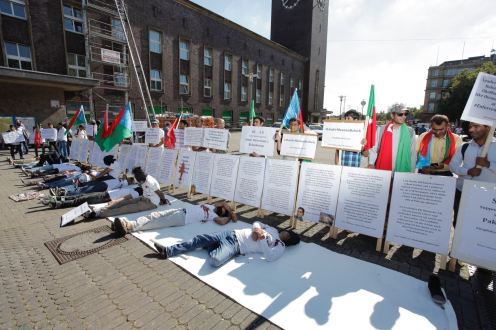