For many Indians, Balochistan suddenly surfaced on the world map when Prime Minister Narendra Modi referred to Pakistan’s troubled province during his Independence Day speech last Monday. Yet through his carefully crafted words from the ramparts of Red Fort, the Prime Minister was merely lifting the veil off one of the most brutal and sustained conflicts in human history that Pakistan had for so long been largely able to keep under wraps.

By merely mentioning the “B” word before a global audience and in presence of the entire foreign diplomatic corps, Modi achieved two objectives crucial to India. One, he launched a handy counter-narrative to Pakistan’s propaganda war over Kashmir. Two, he dealt a strategic masterstroke by uncovering Pakistan’s dirtiest secret that left Islamabad red-faced and foaming at the mouth, though there is no dearth of sceptics who think that this new strategic shift surrenders India’s moral high and might either backfire or get India nowhere.

END_OF_DOCUMENT_TOKEN_TO_BE_REPLACED 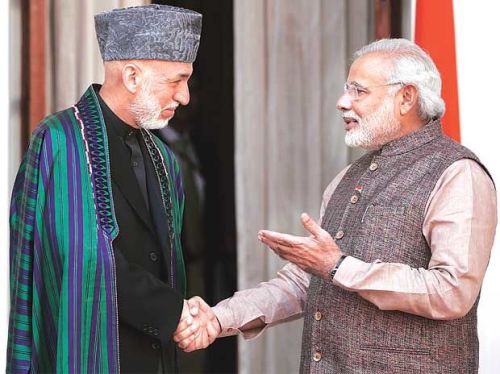 While visiting New Delhi on Friday, Karzai insinuated that India had every right to respond to Pakistan’s provocations. He added that India believed in co-existence and would not plunge into any proxy war with Pakistan.