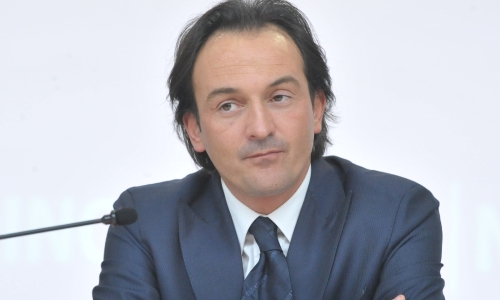 The systematic hard hitting policy of the Pak government against the Baloch nationalist groups has resulted in the targeting of not only genuine political activists, but also the ordinary Baloch.

The suicide bombing on August 8 at the gates of the Emergency Ward of the Civil Hospital in Quetta, Pakistan, was another wakeup call for the international community to take notice of a situation created due to years of concerted government use of extremist groups as proxies against political activists, journalists and intellectuals. The bomb blast killed over 70 persons, including a large number of lawyers and journalists, who had gathered there following a shooting earlier in the day that killed the President of the Baluchistan Bar Association.

The Pakistani Army, which has a sizeable presence in Baluchistan, was quick to state that the attack was an attempt to undermine the security of the province and target the China Pakistan Economic Corridor (CPEC), a multi-faceted project allowing China access to Gwadar Port in Baluchistan, from its western province of Xinjiang. The CPEC has generated major resentment in Baluchistan, and the Gwadar Port project is perceived as merely facilitating further exploitation of the area.

Despite the Pakistani establishments’ efforts to treat this attack as a one-off incident undertaken by a terror group, there is no denying that incidents of violence have become a way of life in Baluchistan. In 2015, there were 306 incidents of violence, which included what were categorised as terrorist attacks, operational attacks by security forces and armed clashes between security forces and sectarian groups. More than 550 people died in these incidents, a majority of which took place in Quetta, Dera Bugti, Kech and Gwadar.

Baluchistan, a natural resource- rich province, has posed challenges for the Pakistani government since 1947, with the Baloch nationalist movement demanding independence from Pakistan. Successive Pakistani establishments have preferred to counter secular Baloch nationalist movements by using extremist Sunni groups with roots in Punjab. Years of myopic and ultimately self-destructive policies have resulted in a lethal mix of militant groups operating in Baluchistan, pre-dominantly at the behest of the establishment. Global terrorist networks have found natural allies among Sunni sectarian militant networks. The Afghan Taliban has also found sanctuary here since 2002. This has given rise to a complex security situation, often beyond the control of the very establishment that created it. The National Action Plan, formulated to counter militancy and religious extremism, has been implemented selectively to target the Baloch nationalists and their sympathisers, even while allowing terrorist and sectarian groups, many of them officially banned, to expand.

Stark examples are regular attacks in Baluchistan against Christians and Shia Muslims by the Lashkar-e-Jhangvi (LeJ), an anti-Shia terror outfit   whose version of Islam considers Shia Muslims as infidels. Though banned by the Pakistani government since 2001, the LeJ and its parent organisation, the Sipah-e-Sahaba, were creations of the Pakistani establishment in the 1980s, to crack down on Shias who had objected to the Islamisation policies of the then Pak President, Gen Zia-ul- Haq.

Despite banning the LeJ, the government has continued to promote extremist groups in Baluchistan. After the massive earth quake in the Awaran region in September 2013, the government denied access to international humanitarian organisations and journalists, and instead allowed extremist charity groups like the Falah-i-Insaniyat Foundation (a front of the Jamaat-ud-Dawa) and the Al Khair (a front of the Jaish-e-Mohammad) to take charge of the re-settlement work. These organisations, that are merely proxies of these terrorist groups, continue to have a strong-hold in the province.

The links between security agencies and extremist groups have also resulted in the rise of criminal syndicates, thereby further exacerbating the security situation. The Frontier Corps (FC), the lead security agency in Baluchistan, has been regularly accused of involvement in smuggling and corruption. This year six senior officers, including a Lt. General who headed the FC from 2010 to 2013, were dismissed from service for corruption in Baluchistan, signalling the deep roots of this nexus.

Meanwhile the systematic hard hitting policy of the Pak government against the Baloch nationalist groups has resulted in the targeting of not only genuine political activists, but also the ordinary Baloch. The number of cases of enforced disappearances, torture, and targeted killings continue to increase by leaps and bounds. The province has become virtually a no-go area for journalists, and killing of rights activists who raise uncomfortable questions, is common. The near total information black-out by the Pak government of the situation in Baluchistan, amounts to a systematic abuse of human rights and reflects total contempt for all international human rights laws.

The stark choice now before the Pakistan government is either to move against all jihadi groups active on its soil, or be willing to face a blow back from those protected from such action, like that witnessed in Quetta. The situation in Baluchistan is bound to worsen, and the establishment will continue to look for scapegoats to explain its own misdeeds, usually pegging all blame on imaginary external conspiracies. The local population is already facing the brunt of terrorism, the brutal violation of human rights, the lengthing shadow of extremist Islamic groups enjoying State patronage, and poverty despite being a resource rich province. It is time that Pakistan is held accountable for its misdirected policies, perpetuated over the years, and is pressured to allow international scrutiny of the pathetic plight of the indigenous population in Baluchistan.