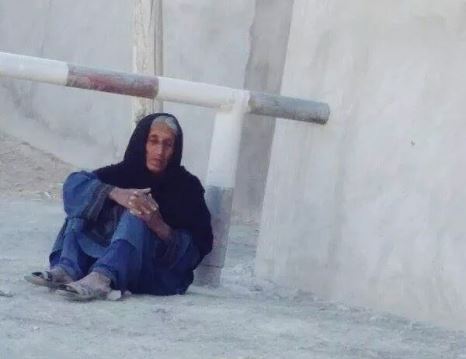 Muneer Rashon Baloch, a teacher by profession was rounded up by the army in the Mand area of district Kech on February 11, 2016 in a so-called search operation. Since then his whereabouts are unknown to his family and friends. 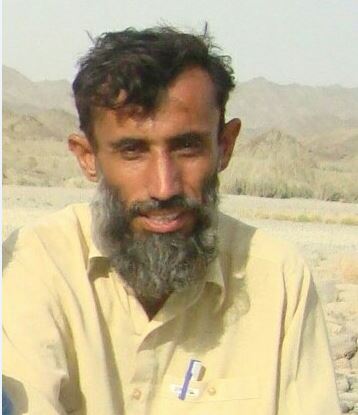 Mr. Baloch is a resident of Goburd, Mand. He is a teacher at a local school and a poet. Since his enforced disappearance by the Pakistani army soldiers, his mother Sara Khathon, an elderly woman started a sit-in protest from dawn to dusk in front of the Pakistan army camp in Mand.

Sara Khathon, in search of her son, walks to the army camp every day at dawn, carrying with her a Holy Quran, all day she sits in front of the camp reciting the Quran and hoping that anytime the gates of the army camp will open and her son will walk out a free person.  And by dusk she takes a long look at the closed gates, thinking of her son, leaves for home in the hope tomorrow shall bring good news.

This elderly Baloch mother have been protesting and reciting the Holy Quran for the last 10 days, but so far she has not received any sympathy or hope from the state that claims itself “the fortress of Islam”.

She knows her son is being tortured, locked in a cell behind this door in #PakArmy camp
she is protesting against it pic.twitter.com/FBaQLD6Rce

Another morning #BalochMither spending her day infront of #PakArmy Camp for Recovery of Her Son at #Mand Balochistan pic.twitter.com/D12bxBoKpp

A mother waiting for her son's recovery in front of FC #Mand #StopBalochGenocide pic.twitter.com/h6HxyyflLe