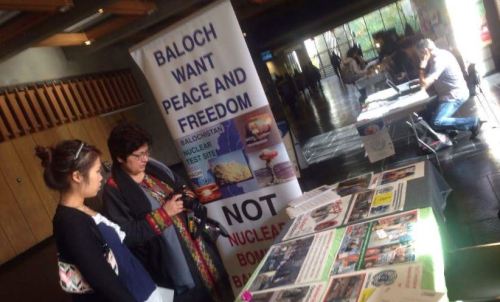 February 16, 2016 VANCOUVER: Aziz Baloch coordinator of International Voice for Baloch Missing (IVBMP) in Canada has organized a one-day awareness campaign against Pakistani and Iranian governments’ acts of committing crimes against humanity in Balochistan.

The representative of Baloch Community, Ayesha Baloch and Khuda Baksh also joined and helped to organise the campaign to highlight on going military attacks against Baloch people across Balochistan.

Simon Fraser University Students (SFU), Karan T who is member of Student Associations in SFU and a human rights defenders has also volunteered to joined the Baloch human rights activists’ campaign and informed other fellow students about the campaign. 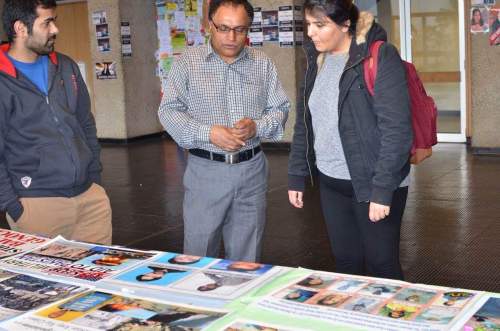 The campaign organiser Mr Aziz Baloch appreciated his support and effort to raise awareness among university students at Fraser University.

Many Canadian and American students have expressed their sympathy towards the abducted Baloch families. Indian students were shocked about the new unfolding human rights crisis in Balochistan.

The campaign organiser distributed the following leaflet to the visitors of the one-day campaign on human rights violation in Balochistan.

Human Rights violations in Balochistan: Speak Up for Those Who Have No Voice

As a result of these brutal military attacks, thousands of Baloch civilians are now internally displaced.  Their food & valuables are seized and their homes are reduced to smouldering ruins.  The innocent Baloch victims of these relentless military operations are left to fend for themselves in the cold harsh desert wilderness without any source of water, food, shelter, or medical care.

We appeal to international communities to speak up for those who have no voice!

Recently, on January 30, 2016 Dr Mannan Baloch a professional family physician, writer and pro-independence political leader, Secretary General of Baloch National Movement (BNM) assassinated along with four other political activists staying a house in Dattu, Mastung, Balochistan. Pakistan’s notorious intelligence services (ISI) and its army raided that house and executed Dr Mannan Baloch along with four Baloch leaders on the spot. It was a coldblooded murder and a crime against humanity as all the victims were shot in the head after they were detained. 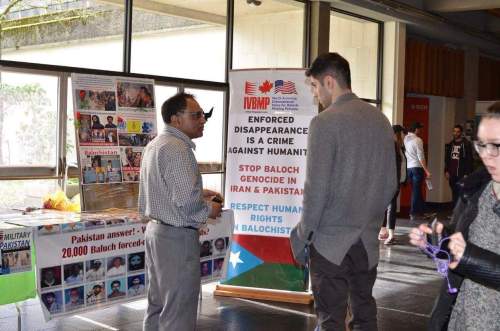 The Violent execution of Dr Mannan Baloch is clear evidence that Pakistan is violating the UN Universal Declaration of Human Rights. The Baloch masses and civil leaders have expressed serious concern that if the Pakistan army is allowed to continue its war crimes with such impunity in Balochistan then the security of the entire region will be threatened.

This is because ever since Pakistan’s forceful occupation of Balochistan in March of 1948, the Islamic Republic of Pakistan’s role in the region has been one of creating more crisis and instability in the region instead of sincerely engaging in peaceful means of solution.

Another worrying aspect in the region and among Baloch nation is the China-Pakistan nexus because China is investing $46 Billion dollars in Balochistan for the China-Pakistan Economic Corridor (CPEC).  This CPEC project will provide China with additional international leverage over the geopolitically strategic location at Gwadar Deep Sea Port to facilitate China’s ambitions in the region and secure the Chinese investment money, the Pakistani army has recently deployed thousands of additional ground troops with gunship helicopters, and heavy artillery to accelerate their genocidal campaign in Balochistan. 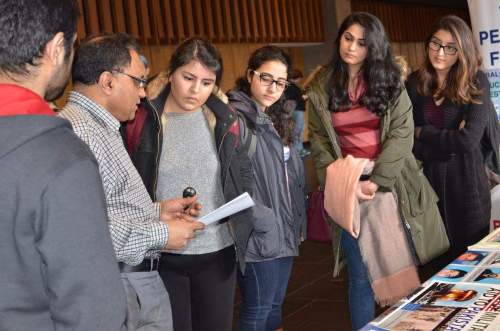 We request that Pakistan as a UN member state should be held accountable for its war crimes and crimes against humanity in Balochistan under UN and International laws.