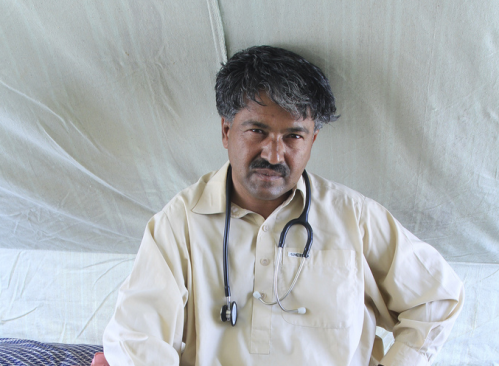 Dr. Manan’s assassination will deepen the Baloch sense of alienation. He was a liberal political leader who vocally opposed the activities of religious jihadi

The killing of a pro-independent Balochistan leader, Dr. Manan, on Saturday by the Pakistani security forces in Mastung is a great setback for establishing peace in volatile Balochistan. Dr. Manan was the secretary general of the Baloch National Movement (BNM), a political party that opposes Balochistan’s [what it bills as ‘forceful’] annexation with Pakistan and calls for a free homeland for the Baloch people. He was not only an intrepid political mobilizer whose party could successfully hold shutter down strikes to protest Islamabad’s repressive policies in Balochistan but also very instrumental in furthering humanitarian causes in the insurgency-stricken region.

The Chinese are making robust investments in Balochistan under the multi-billion China-Pakistan Economic Corridor (CPEC) in order to “develop” the port in Gwadar. Meanwhile, they asserted their anguish toward the Pakistanis over the slow pace of reaching consensus on the controversial project. Dr. Manan, the leader killed on Saturday, for instance, was a staunch critic of the the CPEC. The ethnic Baloch people view the project as a colonizing endeavor by the Pakistani military and the Chinese to usurp the Baloch land and resources.

In order to avoid embarrassment in front of the Chinese over their failure to tackle the decade-long insurgency in Balochistan, the Pakistani authorities have accelerated military operations against the Baloch leaders who oppose these construction projects in Balochistan because of the fear that the Baloch will not be the primary recipient of the investment. They are also nervous that the Baloch, who make only 5% of Pakistan’s total population, will be converted into a minority on their own land with the influx of ‘outsiders’ on the port city. 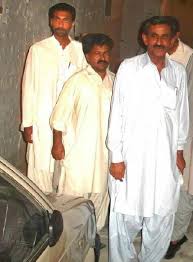 Dr. Manan,48, was killed a day after a meeting between Sanaullah Zehri, the pro-Islamabad chief minister of Balochistan and Lieutenant General Amir Riaz, the highest official of the Pakistan army designated in Balochistan. Both of them vowed to “chase the terrorists”. The chief minister urged the security forces to work as a team and said, “I’ll be your captain.” The next day, the vocal Baloch leader was murdered in what the officials describe as an ‘operation against the terrorists’. In 2009, Dr. Manan’s party chairman, Ghulam Mohammad Baloch, was also killed after being whisked away by Pakistani security personnel, as alleged by the eyewitnesses. When his mutilated dead body was found, the New York Times reported that the Baloch leader had “played a role in helping to secure the release of John Solecki, the kidnapped United Nations official.”

Dr. Manan was widely respected in Balochistan for his work with the internally displaced persons (IDPs) who had been forced to flee their homes in different parts of Balochistan where the Pakistani military was carrying out strikes during 2004 and 2006. I met him for the first time in 2009 as an independent researcher while working on a report on the Baloch IDPs for a project of ActionAid Pakistan. He was extremely helpful in providing invaluable information about the IDPs and their challenges, especially the medical needs of women and children of the conflict.

From the conversations I had with him, I learned that the IDP crisis in Balochistan was far worse than it had been reported in the Pakistani media. In Jaffarabad district, I met with several children whose kidneys had become dysfunctional because of the contaminated water they had drunk. Doctors had taken their kidneys out. I continuously asked whether those children had been forced to sell their kidneys because of poverty or they had been instructed by doctors to do so because of water issues. Too scared to provide more information, the children said they were not ‘authorized’ to divulge more details. The Pakistani government was vehemently opposed to any journalist or members of humanitarian organizations that visited or reported on the IDPs. Unsurprisingly, ActionAid Pakistan did not publicize its IDP report fearing that the government might shut down their operations inside Pakistan. In 2011, I shared the findings of my research at the Carnegie Endowment for International Peace in Washington D.C. The Baloch IDPs have not been fully rehabilitated yet. 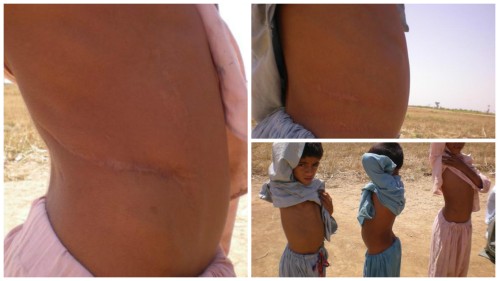 (A 2009 photo of Baloch IDP children whose kidneys had been removed. Photo by the author)

Extrajudicial killings are commonplace in Balochistan and by carrying out more of them, the government cannot run away from its constitutional obligation to substantiate allegations against political opponents in the court. Dr. Manan was clearly denied a legal trail and the right to defend himself in a court. Extrajudicial killings are not the right way to manage political dissent. If the Pakistani government intends to pave the way for China’s economic development by killing Baloch political activists, this is a deeply disconcerting policy. This will further alert the Baloch about what the future holds for them if the Chinese increase their control over Gwadar. Attaining economic development at the cost of the local critics’ blood is an almost unachievable goal. Targeted killings of peaceful democratic Baloch activists will further strengthen the armed insurgents and increase support for them among the younger people. This will further jeopardize any prospects of peaceful dialogue and conflict resolution.

In 2012, when I researched political assassinations in Balochistan as a Reagan-Fascell Democracy Fellow at the National Endowment for Democracy (NED), Washington D.C., I was surprised to find out that all young political activists who had been subjected to political assassination were actually peaceful and trying to utilize their democratic right to free speech and assembly. They certainly had a different point of view from the government on numerous outstanding political issues but it did not give the government and the security forces the right to kill or torture political opponents merely because of difference of opinion.

Frederic Grare, former South Asia Director at Carnegie Endowment for International Peace, accurately pointed out in his 2013 report, Balochistan: The State Versus the Nation, that repressive policies on the part of the Pakistani security forces had radicalized the Baloch and leaders who had previously demanded autonomy for Balochistan but eventually wrong policies had compelled to take a harsh stand and seek outright independence.

“Many Pakistanis now view the security forces–not the separatists–as the biggest obstacle to national unity and stability,” Grare argued.

Dr. Manan’s assassination will deepen the Baloch sense of alienation. He was a liberal political leader who vocally opposed the activities of religious jihadi groups (such as Jamaat ud Dawa of internationally-designated terrorist Hafiz Saeed) operating in Balochistan under the disguise of humanitarian relief. Surprisingly, Balochistan’s Home Minister has described Dr. Manan’s killing as a ‘major breakthrough’. That is actually not a breakthrough for the government. Such killings will mostly benefit the Baloch separatists in the long run because each leader killed adds a new chapter to the Baloch narrative of oppression.