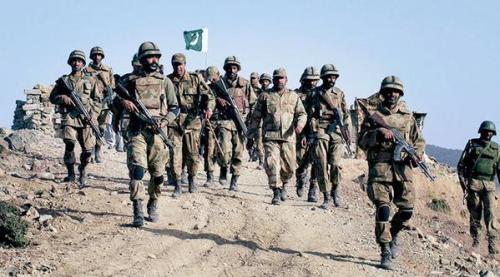 BALOCHISTAN: Pakistani military have conducted military operations in several regions of district Awaran in Balochistan. The forces backed by gunship helicopters have started the operation on first day of Eid (18 July 2015) which, some Baloch social media activists claim, have resulted in killing of at least 100 people.

According to details on Saturday morning the Pakistani army launched a massive military operation with the help gunship helicopters in Awaran’s Kolwar, Malaar and Gishkaur areas.

It is feared that many people have been killed as a result of intense bombing and shelling on villages but due to lack of access and military embargo on media to the affected areas the exact number of casualties could not be confirmed immediately.

However, some social media activists have claimed that as many as hundred (100) people were killed in Awaran operation in past two days.

Karima Baloch the Vice chairperson of Baloch Student Organisations-Azad claimed in a tweet, “Awaran is destroyed. More than 100 bodies are lying on the ground for wild animals to feed on. Four villages flattened. #AwaranOperation”.

Awaran is destroyed. More than 100 bodies are lying on the ground for wild animals to feed on. Four villages flattened. #AwaranOperation

While in another tweet she claimed that ‘a Baloch mother along with her daughter’ has also been abducted in Awaran operations.

I am told that Pakistani Army criminals have abducted a mother along her daughters in #AwaranOperation. Men are abducted in dozens.

Meanwhile the Balochistan interior ministry officials on conditions of anonymity told media persons that Pakistani forces conducted an operation in Awaran and killed several ‘militants’ including key commanders and five militants were also arrested. The officials claimed that the killed persons were involved in attacks on military run development projects and security forces.

An official of department of interior ministry was quoted by the media sources saying, “They [killed militants] were also involved in promoting the idea of separation [freedom] of Balochistan from Pakistan.”

It is worth mentioning here that this is the second massacre in Awaran within few weeks. On 30 June 2015, Pakistan army massacred innocent Baloch civilian in village of Mehi in Mashkay in which at least 13 people including a brother and two nephews of Dr Allah Nazar Baloch were killed.