No retreat! No Surrender! No compromise! 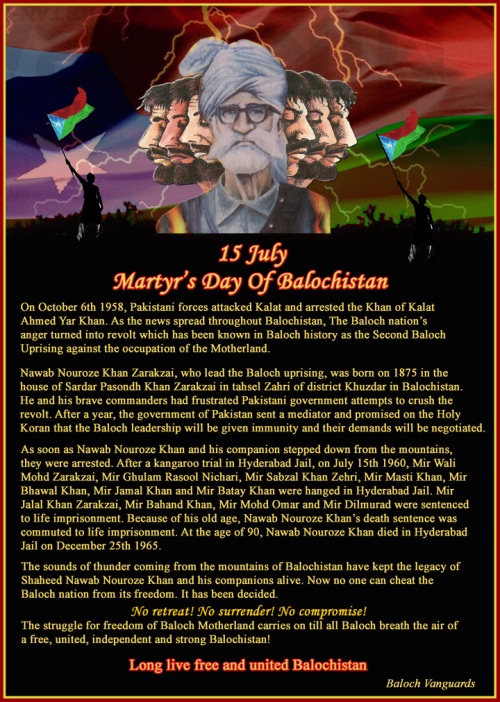 END_OF_DOCUMENT_TOKEN_TO_BE_REPLACED

#LiberateBalochistan was trend at number 7 in Worldwide, number 2 in India, Bahrain and Oman, and number 4 in United Arab Emirates.

It was an effort to highlight the current struggle for freedom in what the internet and social media is calling “Occupied Balochistan”.

The conflict in Balochistan began after Pakistan’s independence in 1948 due to its demands for greater autonomy. In recent years, the tension between Baloch opposition activists and the Pakistan government has worsened, reportedly resulting in forced disappearances and military brutalities in the region.

END_OF_DOCUMENT_TOKEN_TO_BE_REPLACED

Iran is committing heinous crimes against Baloch and other nations, US Congress should reject the nuclear deal: Hyrbyair Marri 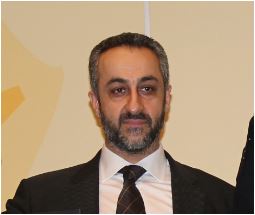 LONDON: Baloch pro-liberation leader Hyrbyair Marri in a statement from London said that lifting economic and military sanctions on theocratic fascist state of Iran in the name of nuclear deal is tantamount to condoning the Islamic regime’s crimes against humanity. It means disregarding the most basic rights of the nations that are under domination of Iran. This deal is also extremely dangerous for both regional and international peace.

He said America as a democratic country and a signatory of human rights conventions should not ignore unabated atrocities of the Islamic regime of Iran against the Baloch, Kurds, Turks of South Azerbaijan, Arab of Al-Ahwaz, and Turkmens and other religious and ethnic groups in Iran. “Fostering ties with such a state and making deals on nuclear issues will only boost its military and economic power. This pact will leave a big question mark for the civilised nations.”