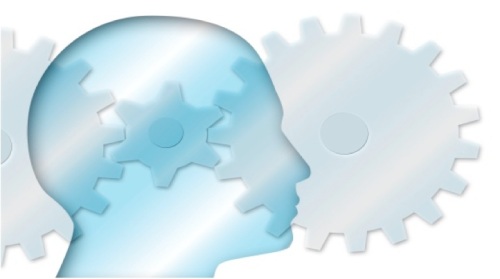 The Skillful Strategist
Defeats the enemy
Without doing battle,
Capture the city
Without laying siege,
Overthrow the enemy state
Without protracted war.

The Art of War, by Sun Tzu

A Pakistani newspaper,  The Express Tribune reported that Pakistani army chief General Raheel Sharif has urged the British Government to take action against ‘Baloch separatist leaders who are stirring troubles in Pakistan.’ The report said that he had raised the issue with British authorities without naming the authority. However, none of the British newspaper reported it and there is no confirmation or denial of the reports came from the UK government.  The report further alleged that Hyrbyar Marri is head of Baloch Liberation Army, residing in UK. The report does not clarify whether Raheel told authorities to hand over Hyrbyar Marri. It also does not clarify who views Hyrbyar Marri as head of the BLA – the newspaper or the Pakistani authorities. So a cloud of vagueness surrounds the issue created by the news.

This is not the first time that Pakistan had demanded other countries to extradite Baloch leaders. Time and again they have sought extradition of Brahmdag Bugti, the head of Baloch Republican Party when he had taken refuge in Afghanistan. Hyrbyar Marri and Faiz Mohamed Baloch faced same situation in 2007 during the General Musharraf period when the Baloch leaders were jailed by the British authorities. Call for extraditions failed because there is no extradition treaty between UK government and Pakistan. Even if there was such a treaty, it would not have impunity of going through the judicial review. It should be noted that UK has an independent judiciary that is not influenced by politics of the country.

Not only Pakistan sought extradition of Baloch leaders but it also tried to assassinate them in the West. A Pakistani citizen attempted a knife attack on Hamal Haider Baloch, the International representative of Baloch National Movement (BNM) in London last year. He narrowly escaped and the assassination attempt was foiled by the nearby men. Pakistan has also killed many Baloch activists in Afghanistan through its proxy Taliban. To shut their mouths, Pakistani agencies have also abducted family members of Baloch activists who have been campaigning in the Western countries, such as Kachkol Ali Baloch, leader of BNM residing in Norway. It is a long tale of happenings to count here.

All the above facts show that this is not a change of the policy. However it seems it would become a bit aggressive against Baloch activists in Europe and the North America because they have greatly grown in numbers and in terms of activities as well. So it has created some concerns for Pakistan war strategists. Knowing the fact it is not easy to extradite these activists from the West as Pakistan has not signed extradition treaties with them, it has chosen to employee another tactics – the psychological warfare.  It seems there is somehow a Chinese element involved to counter the freedom movement in Balochistan – a combination of psychological, political and military strategy to defeat the enemy. It should be noted that it is in the interest of both Pakistan and China to crush the insurgency in Balochistan.

Henry Kissinger noted in his book, On China, “The Chinese have been shrewd practitioner of Realpolitik and student of a strategic doctrine distinctly different from the strategy and diplomacy that found favor in the West”.  He further states that the contrast between both strategies is reflected in respective intellectual games favored by both civilizations: Weiqi and the Chess. While chess is about total victory and the purpose of game is checkmate to put the opposing king into a position where he cannot move without being destroyed, Weiqi, on the other hand, is a game of surrounding pieces. It implies concept of strategic encirclements, working to encircle and capture opponent’s stone.  “The margin of the advantage is often slim, and to the untrained eye, the identity of the winner is not always obvious”. If chess is about decisive battle, Weiqi is about the protracted campaign, focusing on psychological advantage and preaching the avoidance of direct conflict.

Following Sun Tzu strategies, it seems that Pakistan has combined military, political and psychological strategies together.  On one side it is attempting to destroy morale of Baloch activists by political and psychological warfare, on the other hand, with its armed forces and security agencies it has been crushing the soft targets  – the unarmed peaceful political activists, intellectuals, and the civilians. Military techniques also include often bombing entire villages, razing homes, attacking the guerrillas and other targets.

In political and psychological front, it has firstly installed a so called nationalist government of National Party, giving it rule in Balochistan with false appearances of legitimacy. Secondly, it has almost banned all peaceful Baloch nationalist organizations that struggle for a free Balochistan including Baloch Student Organization, Baloch National Movement, and the Baloch Republican Party. So it has constrained them politically and psychological by intercepting all their activities under the cover of imposed law. Thirdly, it successfully has broken alliances between political parties, and also among armed organizations. So it is completion of Sun Tzu’s tactics of breaking of the alliances. Breaking of the alliances is marked with huge propaganda campaign in social media where organizations and individuals in struggle have been made controversial and confused. It has resulted in infighting among organizations, which also lowered the morale of activists and of the general populace. The last strategy would be defeating the armies – crushing of all Sarmachar, the Baloch freedom fighters.

It is high time that Baloch political activists should understand the overall Pakistani strategy. It is still not late to restart combined front that is broken by Pakistan right now.  It is a welcomed gesture that Dr. Allah Nizar Baloch, the intellectual commander like Mao, has immediately condemned Pakistan army chief’s demand to UK authorities to take action against Baloch leaders and activists. To reduce the burden of moral recession, Hyrbyar Marri should also come forward and play his role to counter Pakistani strategy of deception. The next step should be rebuilding the alliances so Baloch can once again gain strategic edge over Pakistan.

The writer is affiliated with Baloch cause since 2000. He is a journalist from Balochistan and tweets on ali_kambar.