Remembering the missing Baloch on the International Day of enforced Disappeared 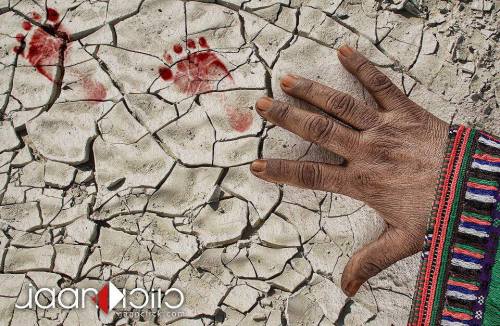 The International Day of the Disappeared on August 30 is an annual commemoration designated to draw attention to the fate of individuals imprisoned at places and under poor conditions unknown to their relatives and/or legal representatives. On this day, the International community remembers the missing and disappeared people throughout the world. The day has been officially declared as the Day of the enforced-disappeared. On this day, the International Commission on Missing Persons (ICMP) calls on all governments to provide answers to families on the fate and whereabouts of missing persons. International Human Rights Organisations have declared enforced disappearance as a grave human rights violation and a crime against humanity.

Yet, on this day the fate of thousands of innocent Baloch men, women and children remains unknown. Thousands of Baloch families in occupied Balochistan are looking for justice for their beloveds and peace of mind for themselves in particular and for the Baloch society in general. The issue of enforced-disappearances in Balochistan is not a new phenomenon; it started from the day of Balochistan’s illegal occupation by Iran and Pakistan. Since then occupying states, Iran and Pakistan, have been committing gross human rights violations against Baloch people. Thousands of Baloch have been forcefully disappeared and hundreds of thousands have been killed in cold-blood and massacred by aerial bombardments by these ruthless and uncivilised states. Thousands have been extra judicially executed.

The people of occupied Balochistan are facing a dreadful situation of uncertainty and injustice. The secret agencies of Pakistan, which who have been ruling the country for the last 60 years one way or the other, can pick a Baloch at any time with impunity. They do not care whether their victim is 80 years old elderly man or a 12 years teenager. The Voice for Baloch Missing Persons, an organisation striving for the safe release of enforced-disappeared Baloch, says Pakistani forces also abducted women and children. The Pakistani uniformed and plan clothed officials forcibly take Baloch activists away, giving no reason, producing no warrant. Their relatives desperately try to find them, going from one police station or army camp to the next. The officials deny having arrested them or knowing anything about their whereabouts or fate. The courts, including the Supreme Court, in Pakistan are helpless before the infamous ISI and military intelligence. A decision made by even an army subaltern carries more weight than the decision of a high court judge.

Disappeared Baloch persons have been denied the right to a proper and a fair trial. There has been evidence of inhuman torture on all of the disappeared persons. Hundreds have eventually been killed in custody and some were dumped away in half-dead condition in the past. However, since July 2010 Pakistani Military and Intelligence Agencies have started to intensify killing enforced-disappeared Baloch activists in custody. The bodies of at least 700 Baloch have been founded dumped in different areas of Balochistan and Karachi.

One of the main effects of these enforced disappearances in Balochistan is the grave socio-economic situation of their families. Many of the disappeared were the main bread earner for the family and their families are facing immense financial and psychological hardships.

All the well-known human rights organizations and other concerned institutions have been voicing their serious concern regarding the fate of missing persons in Balochistan. Internationally, Pakistan has been identified as one of the countries with high numbers of enforced disappearances unfortunately; most of these forced disappearances took place in Occupied Balochistan. Currently more than 18000 Baloch youth/ political activists are being illegally held and tortured in the Pakistan’s army secret dungeons. Even though the International Human Rights Organisations have voice concerned against enforced-disappearances, unfortunately, they have failed to pressurise the occupying states to either bring to surface or release the Baloch political activists. They have also failed to take notice or sympathise with the families of enforced disappeared Baloch who have been protesting in front of Press Clubs in Quetta, Karachi, and Islamabad and elsewhere to record their peaceful and democratic protest.

The irony is whenever the UNHCR and ICRC are in need of help they can easily find contacts to reach Baloch leaders abroad and inside Balochistan but when the Baloch need their help they will make lame excuses such as; the government doesn’t allow them to work in Balochistan, we do not give statement against the government because it is a political risk, and most peculiar excuse they use is that they are ready to help but the families of missing Baloch do not contact them – what a petty.! UNHCR and ICRC have offices in Quetta where the families of Baloch missing person have been sitting on protest for years now. Why don’t these aforementioned Organisations go and visit the protest camps of Baloch families?

This inhuman behaviour of Pakistan has forced hundreds of the Baloch women and children not only to take into streets and protest against forced disappearances, torture and extra judicial killings of Baloch youth but also to set up token hunger strike camps in front of Press Clubs for the recovery of their loved ones. This is an act, which is indicative of extreme conditions and desperation of Baloch masses where women held the utmost respect and are not expect to take to streets on political or social issues.

Enforced disappearance of Baloch elders and youth by Pakistani armed forces violates the rights of both the disappeared person and their relatives and the Baloch society as a whole. The clear responsibility to provide answers regarding the fate of missing persons lies with the government of Pakistan as government secret agencies and it armed forces are responsible for these enforced disappearances. Nevertheless, it is now an open secret that Pakistan has no respect for International human rights laws and value of human lives. This has been particularly obvious regarding their attitude and behaviour vis a vis the Baloch people.

The only hope left for the Baloch is the support of international community. It is the moral obligation and duty of International Human Rights Groups, International Commission on Missing Persons (ECMP) , UN, EU and all freeborn people to put pressure on Pakistan regarding enforced disappearances, torture, extra judicial arrests and gross human rights violations in Balochistan, as currently the fate of thousands remains unknown. The Baloch are looking for justice and peace of mind. There will be no peace of mind for their families until their beloved who have been forcefully taken away from them are found and the perpetrators of inhuman crimes are brought to justice under International Human Rights Laws and War crimes.