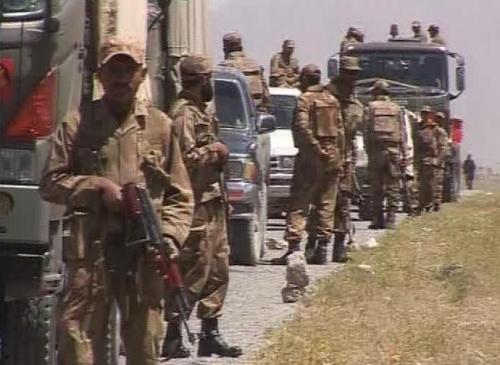 QUETTA: Balochistan government on Monday started deployment of 70,000 security forces in all districts of the province to perform duties during the upcoming general elections, SAMAA reported.

Balochistan Interior Secretary Akbar Hussain Durrani said that the army would be deployed in all 30 districts and 92 tehsils of the province to cope up with any untoward situation.

He said the districts of Balochistan had been divided into three categories, keeping in view their magnitude of sensitivity.

He said that the army would secure the process of shipment of ballot papers to and from polling stations, and would provide security to the election staff.

He said action would be taken against those teachers who have refused to perform duties on the election day.