COMMENT : No price is too high to pay — Mir Mohammad Ali Talpur 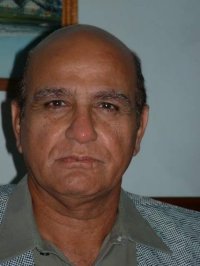 For the last 64 years the Baloch’s rights have been trampled upon with impunity. To add insult to injury even the Arab sheikhs on their yearly picnics in Balochistan freely trample upon the Baloch rights. The legal heirs of Nawab of Kharan, Nawab Ameer Habibullah Khan Nousherwani (1911-1955) have filed a constitutional petition in the Balochistan High Court (BHC) against the allotment of hunting areas in Kharan and Washak districts to the United Arab Emirates (UAE) president, Sheikh Khalifa bin Zayed. Pleading illegal allotment of their agricultural land, forests, water channels, water springs, karezes, orchards and pastures spread over a vast area without consultation or permission for hunting to the UAE president, it states that every year the UAE president’s staff establish hunting posts and patrol the area in their vehicles disallowing even owners, tenants and shepherds to enter the area to tend their land, crops and cattle.

The petition claims that the instrument of accession of 1948 between the Nawab of Kharan and Mohammad Ali Jinnah was being violated. Ironically, the then Nawab had violated the people’s trust and exceeded his authority by illegally signing the instrument, thus providing the excuse for Kalat’s forcible annexation. In poetic justice to his betrayal of the Baloch people, the Arab sheikhs trample the rights of his progeny.

The Nawabs of Kharan are influential yet so pathetically helpless in front of the capricious Arab sheikhs that they seek the BHC’s intervention for relief. However, nothing will happen. For although evidence of direct and brazen involvement of state agencies and their sponsored death squads is accepted, yet the higher courts have been impotent in saving the lives of missing persons.

Hordes of sheikhs descend on the ‘endangered list’ houbara bustard migrating routes and grounds. Apart from permits they are granted tax exemptions for all their property and imports for hunting purposes. They are given every opportunity to relegate bustards to the Dodo category. The UAE sheikhs get the most and choicest districts of houbara hunting because Pakistani rulers bend over backwards to appease them. Unfortunately, Houbara is in Appendix I of the Convention on International Trade in Endangered Species of Wild Fauna and Flora (CITES), which prohibits commercial trade of the same. The World Conservation Union (IUCN) assigns it Near Threatened status, i.e. seriously decreasing due to over-exploitation, and risks becoming endangered or even extinct. As if annual carnages are not enough, some 5,000 to 10,000 are trapped and supplied to the Arabian Peninsula falconers for falcons’ training. The houbara situation being precarious, it is criminal to facilitate its extinction but then an ‘establishment’ that cares naught for humans as the Baloch, Hazara and Shia genocide proves, cannot be expected to look after animal rights, specially where the Arab sheikhs are concerned.

These yearly Arab ‘invasions’ are a bitter reminder to the Baloch that their rights over their ancestral lands are proscribed. But then this is only a single example of many injustices that the Baloch face. Another is the skewed development plans that adversely affect their lives. Mirani Dam, which uprooted15, 000 families, was built to irrigate lands that the UAE sheikhs wanted and it has been an unmitigated disaster. Hashim bin Rashid in his piece, “The developed Baloch?” exposed the disaster it is. The June 2012 torrential rains created upstream flooding due to faulty design and over 36 people died and 250,000 were rendered homeless, date palm fields and karez system were destroyed. It was supposed to irrigate 33,000 acres but over 50,000 acres of arable land were rendered unusable and without an irrigation source for the future. The dam destroyed more land than it could ever irrigate. Moreover, the majority of the displaced families have not yet been compensated.

The Gwadar port, another irksome issue, has been arbitrarily handed over to China without even Balochistan’s puppet administration being consulted. Gwadar is being used to change the demographic and military balance in Balochistan. China is certainly assisting Pakistan in its measures against the Baloch nationalists. This deepens the resentment among the Baloch.

According to a high ranking police officer, millions are made by officials at Chamman alone; add to it the incomes at illegal crossings and the fact that Balochistan is used as a conduit for the billions of dollars worth drug trade and you’ll get the idea of high stakes in the black economy there. The black economy thrives in turmoil and it in turn promotes turbulent conditions. Those in authority exploit it to make billions. Khurram Hussain in his article, “The hidden economy” has given the data of 16 State Bank-operated clearing houses. Every month it releases the data of amounts transacted in them. The data since 1999 shows something enormous, of truly gigantic proportions, stirring beneath the surface. There is a phenomenal rise in Quetta and Peshawar though these are not economic hubs like Faisalabad and Rawalpindi. The figures for the former are just under Rs 900 billion and Rs 1.3 trillion respectively, and for the latter Rs 1.3 trillion and Rs 1.4 trillion respectively. The money transacted illegally is definitely a lot higher than that transacted legally and it is this money that tempts the powers to keep the situation turbulent so that they keep making massive profits.

Wanting to maintain these privileges for themselves and their friends, the ‘establishment’ resorts to inhuman barbarity and continues with its ‘dirty war’ against the Baloch. In its latest innovation it has started dumping bodies of the abducted Baloch in Karachi. Bodies of two Iqra University students Maqbool and Babu Iftikhar of Kharan and Panjgur, who were abducted in January, were found near Manghopir recently and with them the number of the abducted Baloch’s bodies found in Karachi reached seven. The ‘establishment’ would be happy to see the Baloch on the endangered list. Their strategic assets are working overtime to put Hazaras and Shias on that list.

Meekly accepting small insults and violations of your rights ends up in acceptance of the most abominable ones. Each violation limits your freedom and should be resisted. The Kharan Nawabs and those who continue to accept insults should heed Friedrich Nietzsche’s, “No price is too high to pay for the privilege of owning yourself.” For a life of dignity no price is high enough.

The writer has an association with the Baloch rights movement going back to the early 1970s. He tweets at mmatalpur and can be contacted at mmatalpur@gmail.com