Balochistan: Those who put Hindu community in trouble will be regarded as criminals: BLA 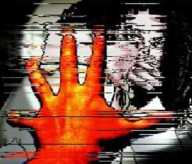 Occupied Balochistan: A spokesperson of the Baloch Liberation Army (BLA), has said on Sunday, that those who trouble the minority Hindu community will be regarded as criminals and will be punished with accordingly. He also said that three officials of Balochistan Constabulary, who were in the custody of BLA have now been released unharmed.

According Balochistan local media, Meerak Baloch, the BLA spokesperson, said that the Balochistan Constabulary (BC) officials have been released after they pledged not to be part of state’s anti Baloch and Balochistan crimes. He said during the investigation no evidence against them was found to prove their involvement in any wrongdoing in Balochistan.

The BLA’s spokesperson’s statement further read that consultations were in process on how to deal with those who take employment with [Pakistani state institutions].

He further said that the Organisation was investigating the murder of a spiritual leader of Hindu community in Mastung town of Balochistan, and anyone found guilty of this heinous crime would not be pardoned.
Spokesperson said the BLA expects that along with the defence of their private properties the Hindu community without any intimidation will be ready for the defence of their motherland Balochistan.

He said sacrifices of those Hindu Balochs should not be forgotten, who stood with Mir Mehrab Khan against British aggression on Baloch land. “Those who laid their lives for motherland in Dera Bugti should also not be forgotten,” the BLA spokesperson said.