The Objectives of Raja Perviz’s Visit to Balochistan 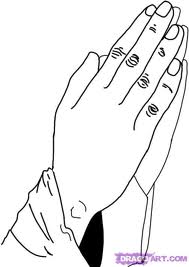 In the cabinet meeting of the provincial government he assured peace and prosperity to the participating provincial officials. However, contrary to what PM assured, the provincial chief minister was trying his level best to satisfy Raj about the supremacy of the parliament and the stability of the democratic government. According to the analysts PM visit to Balochistan has been carried out under peculiar objectives. Though the Current government has a numerical majority in the Parliament, which might help them to have an upper hand over the current crisis of the institutional confrontations; yet they’re desperate to restore their lost credit in the eyes of Public by knocking every door they could!

The prime of objective of Raj’s visits to Balochistan is to take Balochistan public into confidence regarding their confrontation with the judiciary; because, to win this battle, the chief justice has already taken up the cases of missing persons in an emotional discourse.

The impression is that the chief justice or the Judiciary has a soft corner in their heart for Baloch masses. After comprehending the situation, Raja has been prompted to visit Balochistan, otherwise the situation in Balochistan isn’t as such that a guest prime minister like Raja Perviz Ashraf can solve it or comprehend it.