The Godfather among us – by Sajid Hussain 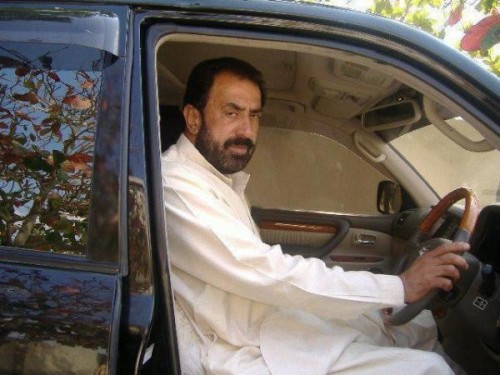 In June 2009, members of MNA Yaqoob Bizenjo’s family received a gift parcel at their residence in Karachi’s upmarket Defence area from someone in Turbat. As they opened the parcel, it exploded. The MNA’s five-year-old daughter, brother and mother were injured. Hours later, reporters in Balochistan were contacted by the Balochistan Liberation Front’s (BLF) spokesman to claim responsibility, saying they deliberately did not make the bomb deadly because they merely wanted to warn the MNA and his father against “sabotaging the nationalist movement”.

As no one had died in the attack, it failed to attract much media attention. And the MNA’s father managed to remain anonymous. It was not until March 6 – when the police accused the MNA’s father of killing his close friend, Deputy Commissioner Gwadar Abdul Rahman Dashti, at his Defence residence – that the people of Karachi realised that a man more internationally notorious than the fictitious Godfather was quietly living in their midst. He is Imam Bheel, one of the world’s top drug kingpins, according to the Obama administration.

Dashti might be the man’s first hit in Karachi, but Bheel is a household name in the Makran region mainly because of the number of people he has allegedly killed or hired to run his underworld drug network. He is considered more influential than any political party and mightier than any intelligence agency. In 2009, US President Barack Obama identified him as one of the four ‘significant narcotics traffickers’ in the world. The man is perhaps one of the top beneficiaries of Balochistan’s strategic location, as he controls the 700 km coastline that plays a pivotal part in the drug trade from Afghanistan and other Central Asian countries to the Gulf and Europe via Iran and Turkey.

Balochistan is a transit point in the international drug trade route. Narcotics are brought from Helmand, a Baloch-dominated province in Afghanistan, to Balochistan from where they are transported to Iran, Turkey and Europe.

Makran’s ports are also the main points used to ship drugs to the Gulf countries, East Africa and Europe. A UN report titled ‘The global Afghan opium trade: A threat assessment’, released in July last year, stated that the ports along the Makran coast – Gwadar, Ormara, Talar, Hingol, Sur Bander, Peeshukan and Jiwani – were being increasingly used for narcotics trafficking. Apart from these ports, the Dalbandin area in Chaghai district and the Mand area in Turbat district, both bordering Iran, are transit points for drug trafficking through the land route.

Bheel controls these transit points single-handedly. He has no open rivals, because they do not live long. In the late 1990s, Keenagi, his main adversary in the whole region, was killed in Turbat city in broad daylight. Keenagi’s cousin and enforcer, Hasan, pledged revenge. But he and at least four of his family members and associates were blown up in his car. The remnants of the family, now left without much muscle power, filed several cases against Bheel for ordering the murders. As always, the orders were reportedly executed by his hotheaded and unruly brother Ishaq Bheel. A soft-spoken man, Imam Bheel’s image is that of a man of compromise. The Gwadar DC murder is perhaps the first case in which he has been accused of personally carrying out a murder.

However, despite his soft image, there had been no dearth of cases against him, but all of them were withdrawn during the government of General Musharraf, the man who ordered the fifth military operation in Balochistan. Media reports suggest Makran’s Zobeda Jalal, Musharraf’s handpicked federal education minister, lent Bheel a helping hand.

Once Bheel was declared clear, he ventured into politics. Initially, he joined the Balochistan National Party-Awami but then switched to the National Party whose leaders had previously been Bheel’s fierce critics. Ironically, in the 2008 elections, his son, Yaqoob Bizenjo, defeated Zobeda Jalal to become an MNA.

While Bheel was focusing on rebranding his image through politics, his formidable power was challenged by the heavily-armed separatist militants, locally known as Sarmachars. The militants blame him for collaborating with the military to counter the nationalist cause. The BLF, the militant group active in the Makran and Awaran regions of Balochistan, has constantly targeted Bheel’s men and installations. In June last year, a ‘caporegime’ in Bheel’s drug business, Haji Lal Mohammad, was gunned down in Mand. The BLF claimed responsibility.

As the power of separatist militants grew in Makran, Bheel’s influence withered. He has now been living in Karachi’s posh Defence area for the past couple of years, seldom visiting his hometown where his business is based. Two days before he allegedly killed the Gwadar DC, top BLF commander Dr Allah Nazar, in an interview with a Balochi television channel, mentioned Bheel’s name more than once among those ‘who deserved death’.

In Bheel’s absence from the area, Keenagi’s crime family has reorganised itself. The late drug lord’s brother, Abdul Rasool, staged a successful jailbreak in Turbat in November 2006 and since then has managed to revive his family’s influence in the drug business. There are rumours that Rasool has declared war against Bheel after the Gwadar DC murder. “Imam Bheel has not killed Dashti, he has killed Keenagi again,” he has reportedly said.

However, despite the diatribes of his rivals and the insurgents against him, Bheel has never publicly threatened his adversaries or criticised the separatist movement. In fact, he seldom says anything publicly, and that is the secret of why he has managed to live in Karachi for so long as a normal resident without being noticed. Bheel has always preferred to operate in silence and in return, everyone else has obediently remained silent about his operations.

The writer is an assistant editor at The News. Email: saj_bal@hotmail.com