Why I support Baluchistan By Dana Rohrabacher 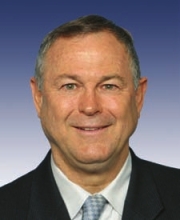 There has been quite a stir since I introduced a resolution this year calling for recognition of the right to self-determination by the people ofBaluchistan. I drafted the measure after a Feb. 8 hearing by the House Foreign Affairs subcommittee on oversight and investigations that exposed horrific violations of human rights byPakistan security forces inBaluchistan. The U.S. State Department, Amnesty International and other human rights groups have verified and denounced the extrajudicial killings, kidnappings, disappearances, illegal detention and torture being used by Pakistani authorities to suppress Baluch aspirations to control their own affairs.

Some allege that my willingness to raise this subject has harmed U.S.-Pakistan relations. Prime Minister Yousuf Raza Gilani has condemned the legislation. Pakistan’s Foreign Office twice summoned the U.S.charge d’affaires in Islamabadto protest the resolution. Pakistani media have published a host of angry editorials, and street protests greeted a U.S. congressional delegation to Islamabad shortly after I introduced House Concurrent Resolution 104.

Well, to paraphrase Shakespeare, methinks Islamabad doth protest too much. In fact, Pakistani elites are upset not about lies but the truth.

Baluchistan isPakistan’s largest province in area and lies in the south, nearIranandAfghanistan. It is replete with natural resources and treated like a colonial possession. Its natural gas, gold, uranium and copper are exploited for the benefit of the ruling elite inIslamabad; meanwhile, the Baluch people remain desperately poor. The province includes theportofGwadar, on the Arabian Sea, whichChinahas been developing and may turn into a naval base. The Baluch have been dispossessed of land and fishing as a result, while construction jobs and land grants have gone to Pakistanis from other provinces.

First carved up in 1871 byPersiaandBritain, the area has a distinct identity that dates to ancient times. In 1947, the ruler of the nominally sovereign and largely autonomous Baluch state of Kalat, which was established in the 17th century, declared independence as the British empire gave way to the nations ofIndiaandPakistan. The Pakistani army marched into Kalat and ended this brief national independence. A popular uprising against this takeover was crushed in 1950. Subsequent revolts in 1958, 1973 and 2005 — the last of which is ongoing — and the Pakistani army’s use of terror tactics against Baluch civilians, indicate continued popular discontent against rule byIslamabad.

With this resolution, I do not seek to single outPakistan. I have long championed the principle of self-determination. For example, every Pakistani ambassador to theUnited Statesfor the past 20 years is well aware of my support for the Kashmiri people. Indeed, at the Feb. 8 House subcommittee hearing on Baluchistan, I compared Baluchistan toKashmir. In 1995, I introduced a resolution that stated in part: “a cycle of violence exists in Kashmir as a result of the Indian Government’s refusal to permit the people ofKashmirto exercise their right to self-determination.”

This is consistent with my commitment to support freedom and people’s right to control their own destiny in accordance with their cultural values and sense of identity. There are many good people inPakistanwho understand that the abuse of human rights by security forces inBaluchistanis a stain on the honor of their country. Such heavy-handed oppression is also counterproductive. It drives people away.

We should not remain a silent partner to a Pakistani government that engages in monstrous crimes against its people and has been an accomplice to terrorist attacks on Americans, including those of Sept. 11, 2001. The real irritant to U.S.-Pakistan relations is not my resolution but the policies of theIslamabadgovernment and military. Consider the plight of Shakeel Afridi, the Pakistani physician who helped lead our Navy SEALs to Osama bin Laden. He has been arrested and threatened with a charge of treason. An inquiry commission deemed him a “national criminal” because he helped theUnited Statesput an end to the terrorist who plotted the deaths of thousands of Americans.

Islamabadhas not only sheltered al-Qaeda but also provided a base of operations for the Taliban, who continue to kill Americans. With one hand officials thumb their noses at us and with the other hand they grab billions in our foreign aid. It is timeWashingtonstopped aidingPakistanand developed a closer friendship withIndiaand, perhaps,Baluchistan.

I make no apology for submitting a resolution championing the oppressed people ofBaluchistanin their dealings with a Pakistani government that has betrayed our trust.