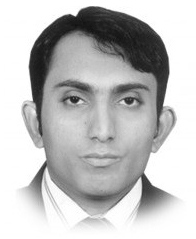 When Republican Congressman Dana Rohrabacher concluded a controversial hearing of Foreign Affairs Sub-Committee on Oversight and Investigations on February 8 calling for the Baloch people’s right to self-determination in the southwest of Pakistan by saying “this was certainly not a stunt on anybody’s part,” he simply meant more staggering developments had yet to come.

Hence, on Friday, Rohrabacher went a step further and introduced a House Concurrent Resolution reclaiming the “Baluchi (sic) nation has a historic right to self-determination.” (Balochi is the language the Baloch (people) speak.)