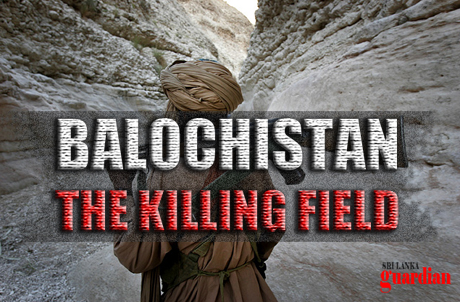 President Mahinda Rajapaksa was on a three days visit to Pakistan with high level delegations where he assigned three memorandums of mutual understandings. However sources told secret discussions of Rajapaksa was held with Pakistan army high official, requesting Lankan government to provide them with the expertise in order to combat Baloch freedom fighters as Lankan government combated with the Tamil tigers in Island state.

It should be noted Sri Lanka had brutally crushed the Tamil movement, killing thousands of innocent people. President of the Pakistan christen congress urged the Lankan and Baloch people to immediately report to International court of justice in order to hinder Pak Sri Lanka combined notorious plain of massacre the way they did with the Tamil tigers.