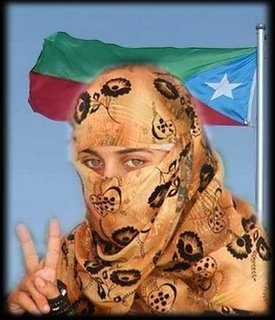 The vice chairperson of BSO-azaad said that Pakistan government has intensified it atrocities in Balochistan, anyone who raises voice for freedom is not safe any longer, the world should acknowledge Baloch National struggle. If the international community fails to take notice of state atrocities then peace in the region will be impossible and trade deals will not be allowed.

She said that after the statement of Pakistani federal interior minister Rehman Malik in Quetta about “selected killings in Balochistan” the state forces have target killed several member of BSO-azaad. On 23 December six decomposed bodies of Baloch youth had been discovered near Pishin district. Nobody could recognize the corpses of these youth because they had been subjected to brutal torture, their heads were severed from their bodies and tongues cut off. On 31 October the bullet riddled body of Asim Karim Baloch had been found. Asim was BSO-azaad’s Multan zone’s organizer. Banuk Karima expressed these views after taking part in a political workshop in Atta Shaad boys’ college.

She further said that the International Community must acknowledge Baloch National movement for freedom and stop supporting Pakistan because the financial aid that Pakistan gets from the world is being used to crush Baloch freedom struggle. “Further delay and denial of the world to recognize Baloch National struggle will make the peace in the region impossible and no trade deals will be allowed”.

While commenting on parliamentary politics she said that Baloch parliamentarians are equally responsible for the abductions of pro-freedom activists and their subsequent killings in captivity. These (parliamentarian) are trying to scare the Baloch Nation in the name of civil war and trying to sabotage Baloch struggle on International forums in the name of economic difficulties or poverty.

She said hundreds of BSO members including Zakir Majeed, Qambar Chakar and Comrade Qayum Baloch are still missing and dozens have been killed in custody. She alleged that Pakistan regular army in Paramilitary Frontier Corps uniform is involved in custodial killings of Baloch youth across Balochistan. Amnesty International in their latest report on Balochistan also accepted this fact, she said. The international community must immediately raise voice against Pakistan atrocities and acknowledge the Baloch National Liberation Struggle,she urged.

One response to “Pakistan regular army is involved in under custody killing of abducted Baloch: Banuk Karima Baloch”