Demonstration held for recovery of Arif Baloch, while Police refused to lodge the FIR 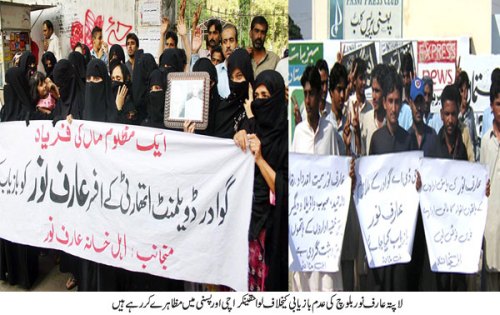 KARACHI: Family of the recently abducted Muhammad Arif on Tuesday urged the Prime Minister, President and Chief Justice to get him released. A large number of ethnic Baloch, including Arif’s family and relatives staged a demonstration in front of Karachi Press Club for his early release, saying, “Arif was picked up by law enforcers in the midnight hours of Sunday, October 31 from East Garden flat”.